The history and rescue of Blanca's pups.


These pups were born in an abandoned house, practically a ruin. Their mother is called Blanca and she is a galga. We can only imagine her history. It does not take much to imagine she has been dumped like so many galgos in our country, left behind so she would be killed by a car, an illness or hunger. Against all odds she not only managed to survive but she also managed to find a "safe" place where she could have her litter and raise her little ones. When they told us about them we have tried to rescue all of them together but in spite of all our efforts we never managed to catch Blanca. Time passed and was running against the little ones, they were getting bigger fast, they opened their eyes, started to walk and soon their life would be in danger because the road was very close to where they were.  At the end, despite many efforts we had to take the littles ones away for their own security.  We are still trying to catch Blanca but she doesn't want to know about any humans.  For her it is the enemy.  Regarding her little ones, at this time they are in our refuge waiting to find a home. We have practically seen them being born and have seen the efforts their mother has made to get them going in life. We owe her, we owe it to her that her little ones will be safe, sound and loved. They are 6 adorable survivors, cuddly and soon ready to sleep on your warm sofa. Help us give Blanca's pups a happy end, make her effort worth her while.
Videos of the little ones
Where they were:  http://bit.ly/1KdpJil
the first time we saw them: http://bit.ly/1hkqCsh
opening their eyes for the first time:  http://bit.ly/1PWHl0S 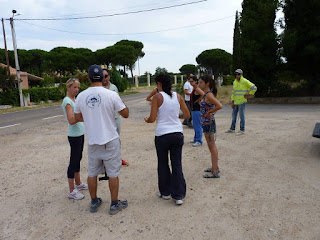 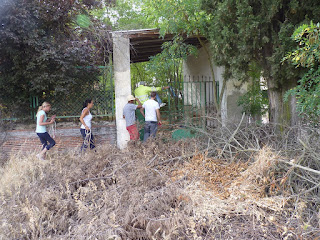 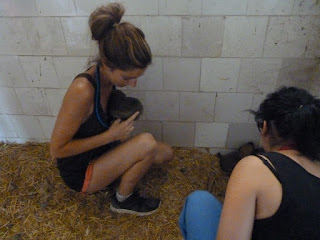 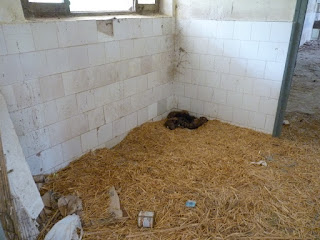 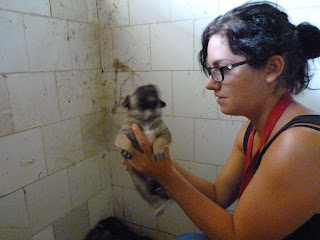 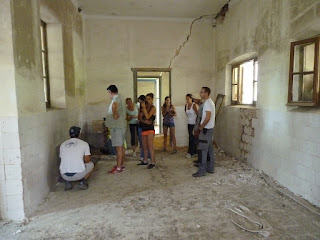 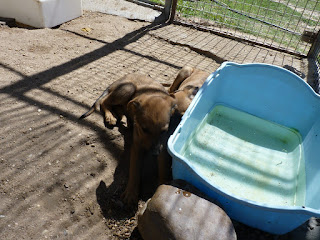 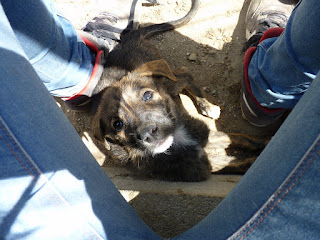 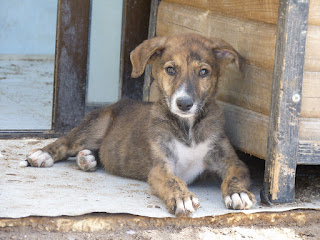 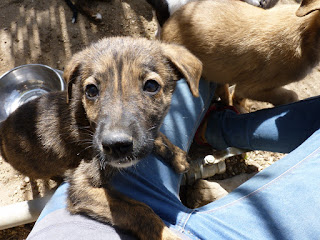 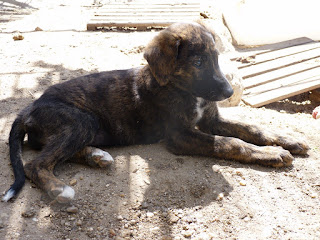 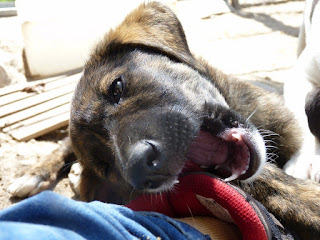 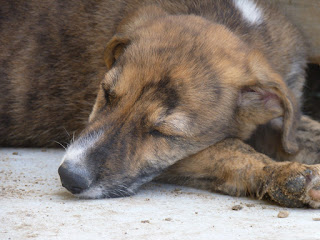 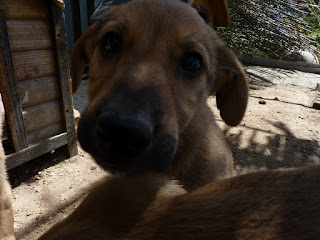 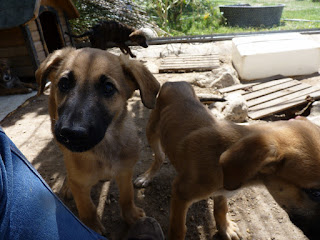 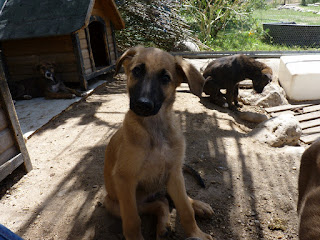 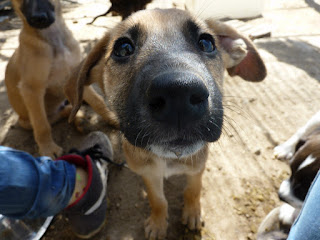 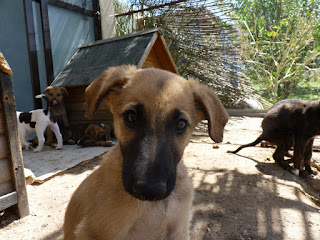 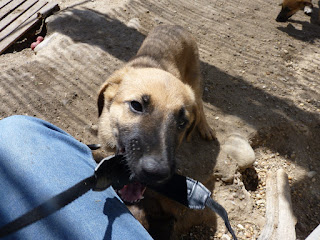 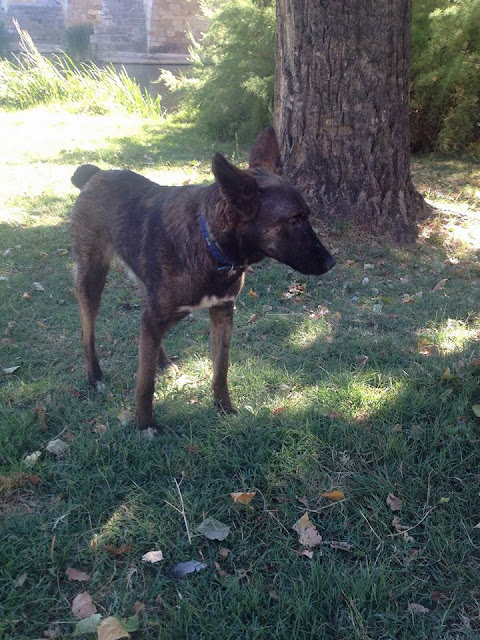 Today little Amel went for another small walk. Even though she does
not feel well it looks like the surgery hasn't caused any complications.
She's a little "high" on the medication and we have to give her a lot of
that to supress the pain. She is also slowly adapting to life without
vision and even though this precious pup is very strong, the process is
very hard on her. After being tortured almost till death and having gone
through hell, she seems very loving with us and only wants to be petted
and be fed! She has a lot of difficult months ahead of her, so we are
going to keep on asking for your help.
https://www.youtube.com/watch?v=8iJ0Uc9bKOQ&feature=youtu.be

You can help Amel by: 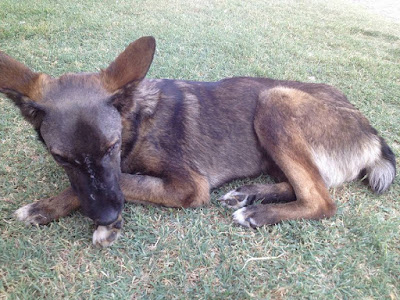 Amel outside the clinic for the first time

Hello.. we know that you are all preoccupied regarding Amels operation.. Well, we have to tell you that Amel has survived the operation and, right now, it looks like it went well. Even though at this moment the vets remain cautious, because the little one is very very weak and if there is any complication, they don't know if her battered body can support it. The coming hours are going to be crucial for her. Let's cross our fingers and send her strength and hope for the best. Thanks for all of your support, care and love. Without you it would not be possible to save her.
If you want to help Amel please pick one of the following options: 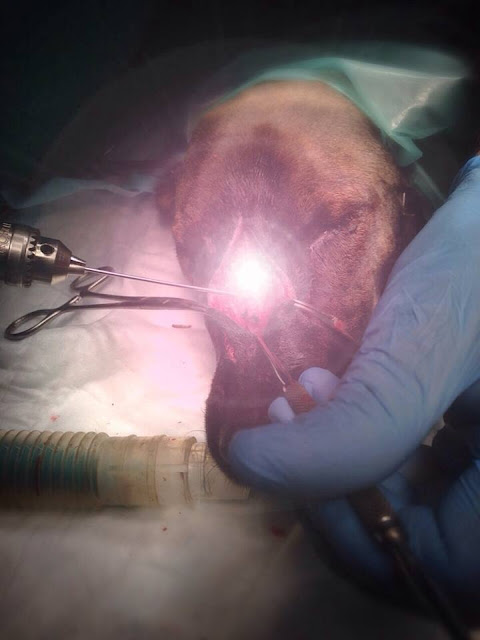 The story of Trass


Today we want to tell you the story of a very special dog. Trass left Scooby a long time ago, when he was only four months old, together with his mother and his brothers (they were all adopted). A little while ago he came to visit us but it was not like he or we thought it would be, he had come back to stay. Just now when he is getting to be six years of age, after living half his life with a family in a home, he has been given no other option than to return to Scooby. And we will not get into the details of why.
But yes, there should have been a better option for him, and apparently this is not it… We are going to show you pictures and videos of how he adapted to being in the shelter again. The first picture is from the day he arrived (he spend two days like that), later on his listlessness disappeared a bit and he started to get closer.  When we thought that everything went well, he had problems with his companions. His nervousness and stress made that another dog did not agree with him being there and bit him. Since then he has been recuperating, he had to be stitched up and had some wounds that required daily taking care of. But not all of this wounds were externally, the ones that hurt the most were the worst, the wounds in his soul, his broken spirit of being abandoned again.  Now thanks to the care and the loving attention the people at Scooby have given him, he managed to get better. It has been two months, two months of change that has been favorable. He doesn’t like to be in a closed area, when they take him for a walk he changes completely, is relaxed, walks next to you and looks you in the eye like saying “you see this? This is how I like to be”  He is sociable, caring, loving and the only thing he needs now is find himself a home again, a home to find some love, trust and bonding again that he lost one day. 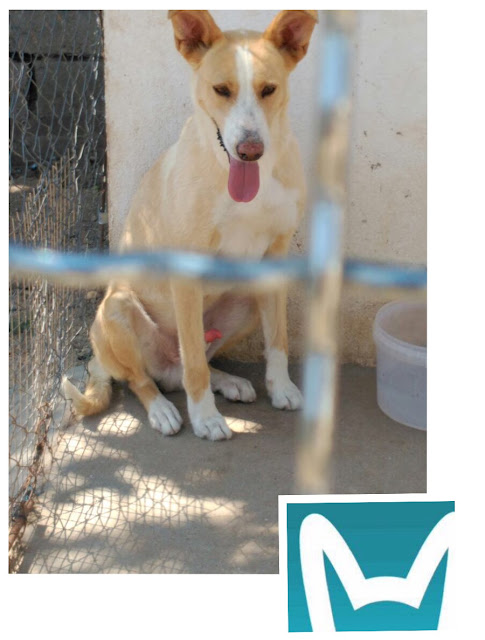