We have done it again.


1  “Don’t criticize what you don’t understand, son. You never walked in that man’s shoes.”
– Elvis Presley

In 2016 we saw an increase in the number of dog adoptions and an even bigger increase in the number of cat adoptions, but every year I ask myself: “when will this stop?” We can't keep on growing indefinitely, but due to the fact that the amount of dogs that we collect carries on increasing, we have no option but to keep rehoming our animals in different parts of the world, no matter where. If there is a home on offer, we will make sure we get there.
I would love for those who criticise us on Facebook to realise this. They do nothing to help animals but feel they have the right to interfere and give their uninformed opinion. They don't care about what happens to these poor animals; they just criticize the fact that someone is doing something for them. These vultures have no shame and their only method of action is criticism via social media (Facebook). We watched the program shown on a Spanish TV channel where they talked about the “business” of sending dogs abroad, which was pure trash. They had no substantial proof about the allegations they were making, only a specific case of an intercepted van transporting dogs from Cádiz by the Seprona, where, an Italian woman who was in charge of the trip admitted to have erred. From that isolated case, a load of assumptions were made by the press, whose sole intention seems to be to create a scandal and discredit the work that shelters like ours do.
We are trying to find out more about this issue, but by what we have seen so far, we are inclined to believe that the hunting lobby (more specifically, the galguero lobby) is behind all this. Everything said in these trashy programs and even in an article in an Andalusian newspaper we recently read, coincides with all the lies galgueros have been telling about dog shelters for years, all without any substantial evidence. What's worse, is the fact that so called “animalists” are doing the galgueros a favour by discrediting dog shelters like ours through social media (or at least trying to do so). It is true that at one point we did try to negotiate with them, but for the greater good (the galgos), and we would do the same again if it meant saving a dog's life.

Well, to all those who criticize us I can only give them this number: 1294.
This is the number of dogs we have re-homed this year, the number of victories we achieved in 2016. Victories against all of you, galgueros and mad detractors... We won yet again, 1294 times to be precise. And we will carry on winning in 2017 every single time a dog finds a home. We will carry on fighting that battle for them.
SO... EAT YOUR UNFOUNDED WORDS! 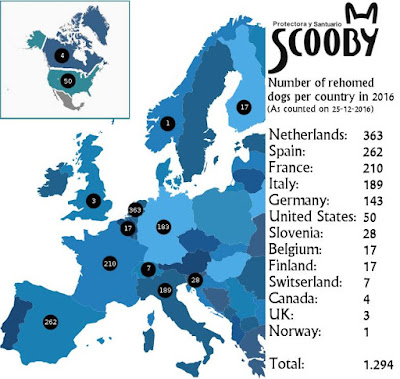 Kisses, hugs and bites of affection,
Fermín.
“Do what you feel in your heart to be right – for you’ll be criticized anyway. You’ll be damned if you do, and damned if you don’t.”
– Eleanor Roosevelt
Posted by Unknown at 12:45 AM


Now you probably ask yourself why? He is not sick, not old, no mobbing victim, just one of many wonderful Galgos living in the Scooby shelter and waiting for a loving home. But with Bull it is a little bit different because I had a very nice request for him, no time to answer immediately, forgot to mark the mail unread again, then, with all the new mails coming in the mail disappeared from the screen and  my mind. Until I received a mail from the woman who asked for him, telling me that meanwhile she adopted a Galgo from another organisation and that she is sad when she sees Bull still waiting for the sofa the other dog cals his own. I apologized and promised her to promote Bull to make up for my mistake because I owe it to him.
So I asked our dear Ana to provide me with some info, pics and a movie and as we know Ana, she was there to help straight.
Here is Ana´s short character description: Bull is not shy, he comes running happily when humans enter the paddock, he is playful with the other dogs, goes along well with all of them, he is just a nice and friendly boy. Neither dominant nor submissive. Sounds promising, doesn´t it????
Would be so wonderful if any of you would fall in love with him and give him the loving home he deserves! And on top you´d contribute to a clean conscience of mine because I spoiled this chance for him...

Here is the link to the video Ana did:
https://www.youtube.com/watch?v=bplZm-gfn-M&feature=youtu.be

And here are some brand new photos: 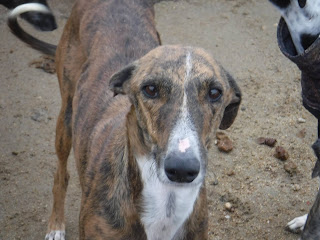 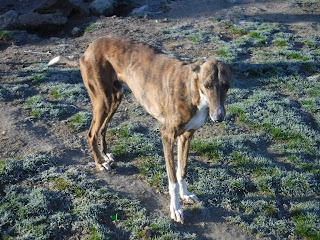 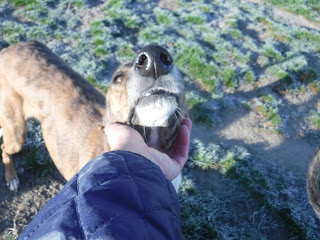 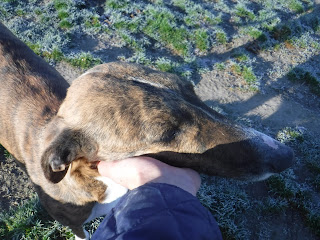 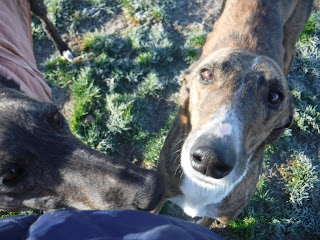 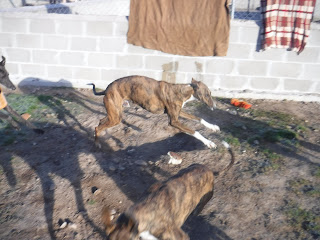 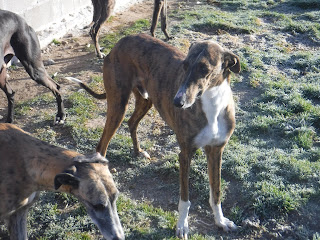 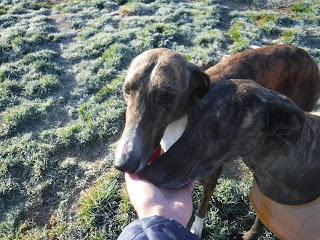 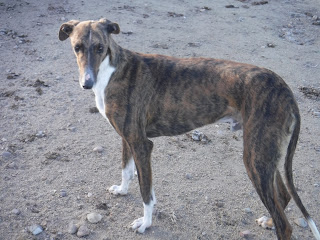 THROWED TO A CONTAINER, MOM CRYING OUTSIDE

We received a call from the Guardia Civil telling us about the existence
of two puppies in a container. When we arrived, we found the mother
crying, desperate to get her children out. There were two, but sadly one
was dead. After the rescue, surprisingly, the mother led us to where
they lived. The alleged owner assured that he did not throw the small
ones to the container. The Civil Guard has filed the minutes.
Fortunately the mother and son are safe and sound in a foster home. The
little one has a laceration due to a blow, but is doing well after be
treated by our veterinarian Bárbara.
Would you like to give these two survivors a home? The mother is also
very intelligent and so sweet, the small one, super cute.
refugio@scoobymedina.org <mailto:refugio@scoobymedina.org> 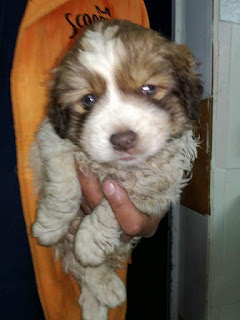 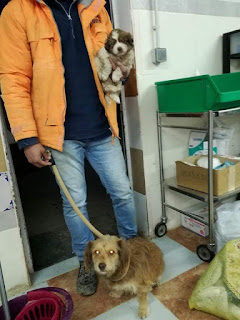 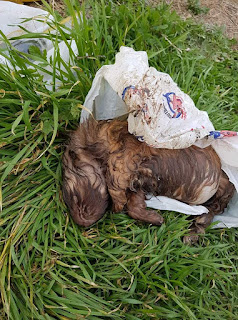 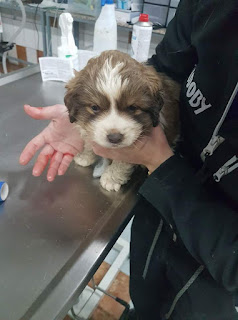 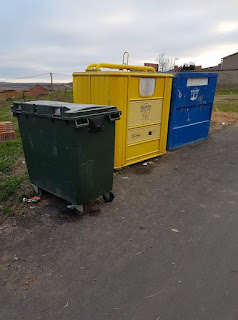 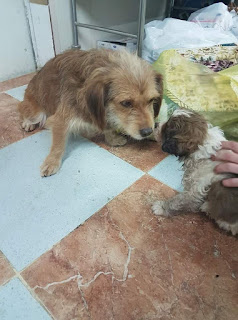 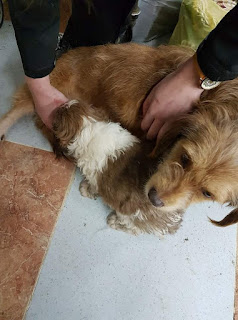 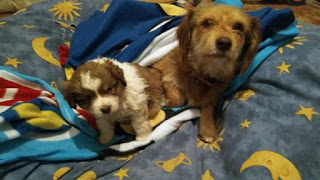 To be honest, it is not easy to find a suitable home for Otto. Otto is a happy dog that should be held as an only dog in a house because he does not go well with other dogs. But that is not HIS fault. He did not choose his former owner who formed him and did not socialize him enough. He did not choose to be dumped at the shelter 2 years ago. And Otto certainly did not choose Scooby Palencia to be his forever home! There has to be a person, somewhere in this world, who is willing to take Otto home, who wants to take him for long walks and train him to be more social with other dogs. Because with people he is already social!
On the 1st of January Otto will celebrate his 6th birthday AND the start of his 3rd year as a ‘Palencia Prisoner’. Please don’t forget about Otto, help us find that special home for him! He deserves it!


Here a video of Otto in his ‘prison cell’: 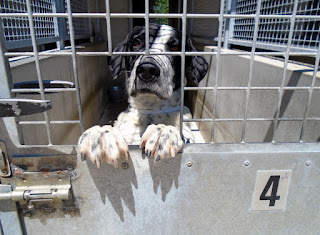 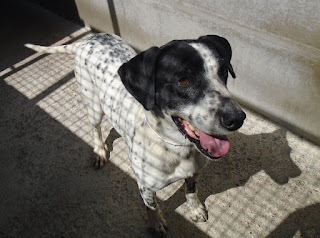 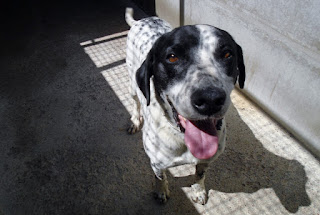 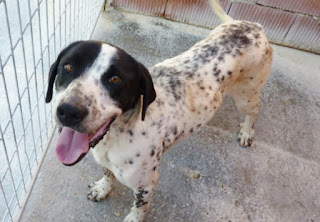 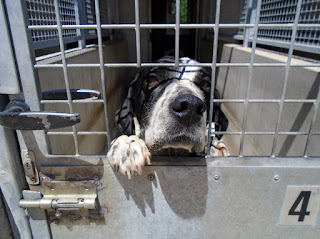 
Imagine you are 3 years old and have been living in a concrete paddock for almost your entire life. Just because you are born in the ‘wrong’ body. So people that are looking for a nice dog don’t even look at you because of your breed. Unfortunately, that is the destiny of Pol. So sad! He is such a nice and handsome young boy! Yes, he prefers to be with female dogs, not males but even more, he loves to be with people! Just take a look at mr. Handsome in this video. LOOK! Don’t turn your head because of his breed, look at the great dog that’s underneath. Don’t let him stay the Forgotten dog that he is. Give him an honest chance.. Thank you. 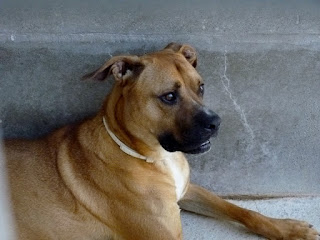 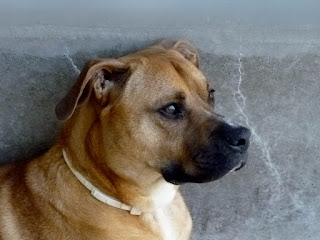 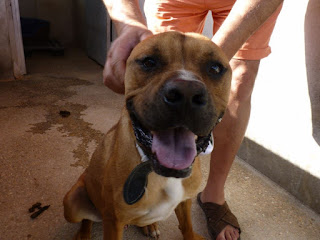 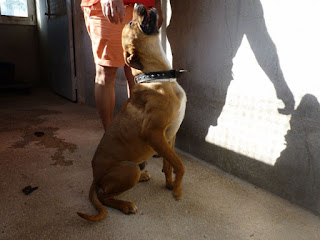 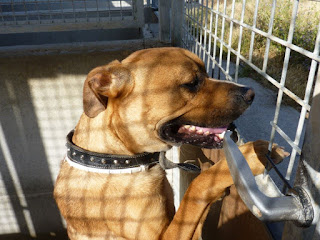 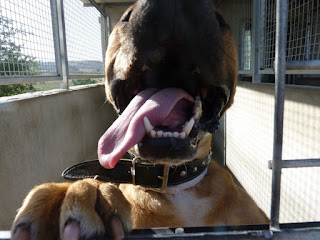 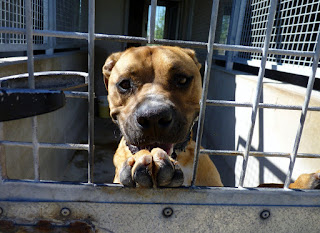