Hello, today we continue with presenting you SCOOBY IN NUMBERS.
Besides realizing real adoptions, Scooby also offers the possibility to do a virtual adoption of some of our animals. You only need to choose the animal you would like to adopt virtually  and tell us on our website www.scoobymedina.org in the corresponding section and there the whole process is being explained.
Right now we have 37 virtual adoptants located in Valladolid, Madrid, Zaragoza, Salamanca, Palencia, Palma de Mallorca, Alicante and Leon. They seem to prefer the dogs but our cat Blacki and our donkeys Cayenne and Pepper also have adoptants. And the most popular in our virtual adoption program are Austin, Amelia and Gabriela.  We leave you with a picture of our “stars” Austin and Amelia.  And come on, become a virtual adoptant, with just a little you contribute a lot!  Thank you. 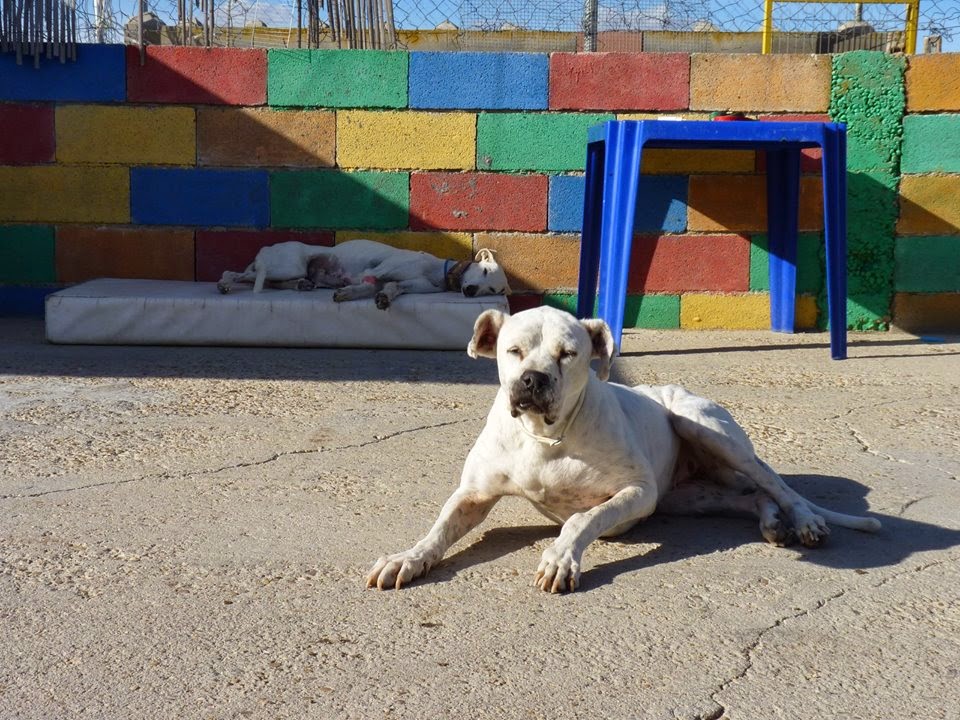 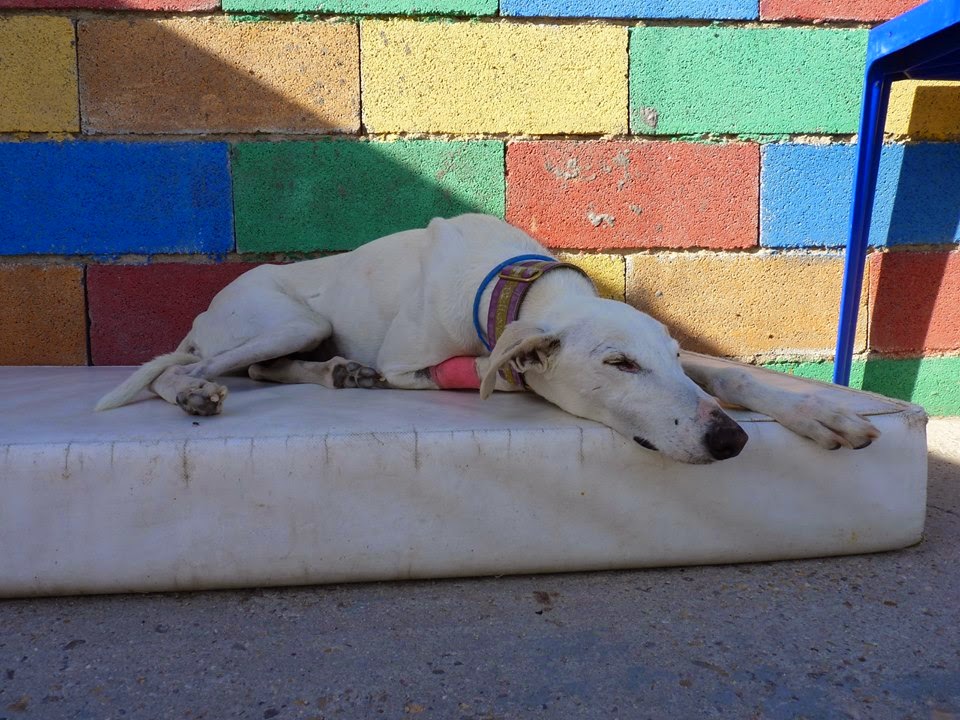 And talking of adoptions, we continue with Scooby in numbers, giving you information about the number of adoptions now we’re nearing the end of the year. From January till the month of October, we have had adoptions from Spain for around 200 dogs and 67 cats.
Regarding adoptions from abroad, the number is a lot bigger.. a total of 668 dogs have found their new home in Belgium, France, Holland, Italy, USA, the UK, Germany and Switzerland 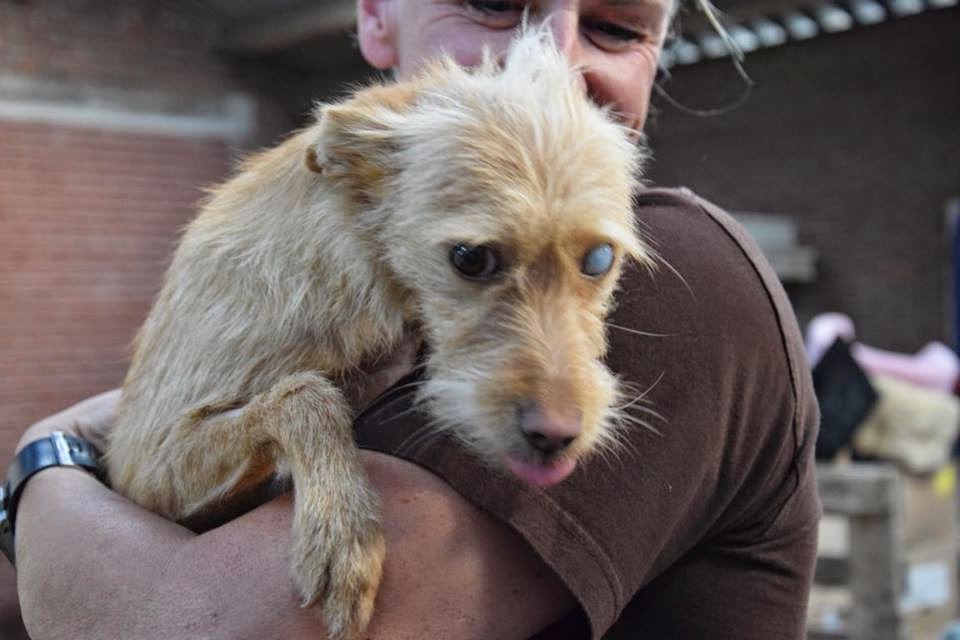 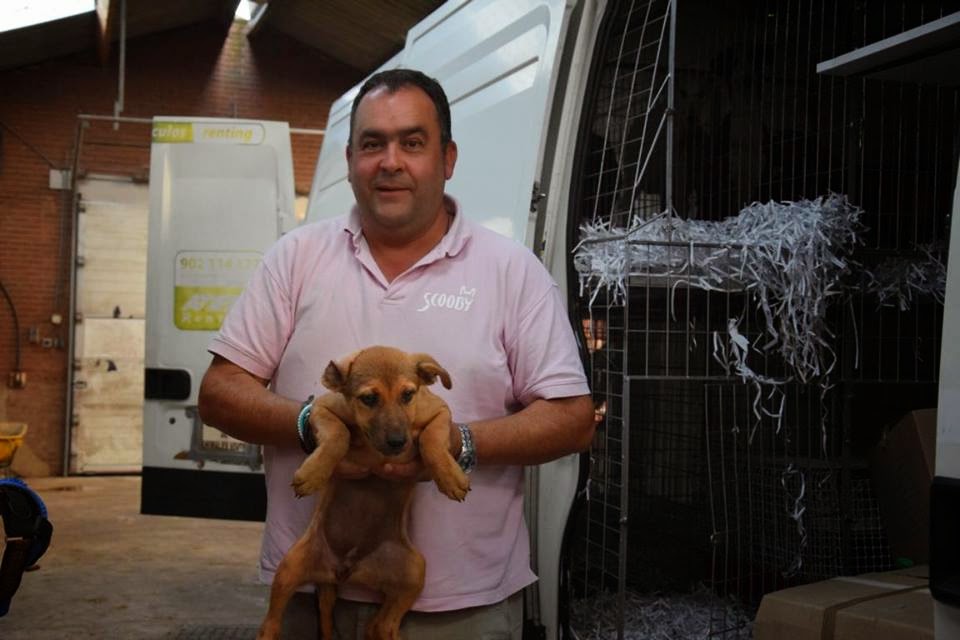 
Hello Scooby friends. There are weeks that Scooby Medina turns into a marvelous meeting point of all sorts of nationalities, with the common objective of helping, caring for and adopting our animals. This is what happened last week when these terrific people arrived from orgas in Switzerland, Belgium, France and Germany, they spend a few days with us with the ultimate prize: taking with them various adopted dogs. That is the goal and objective of Scooby, so when that happens we feel very lucky. You also help us in spreading the news about Scooby and promoting us and what we do here. To every one of you a thousand times thank you, we continue to count on you and your help. 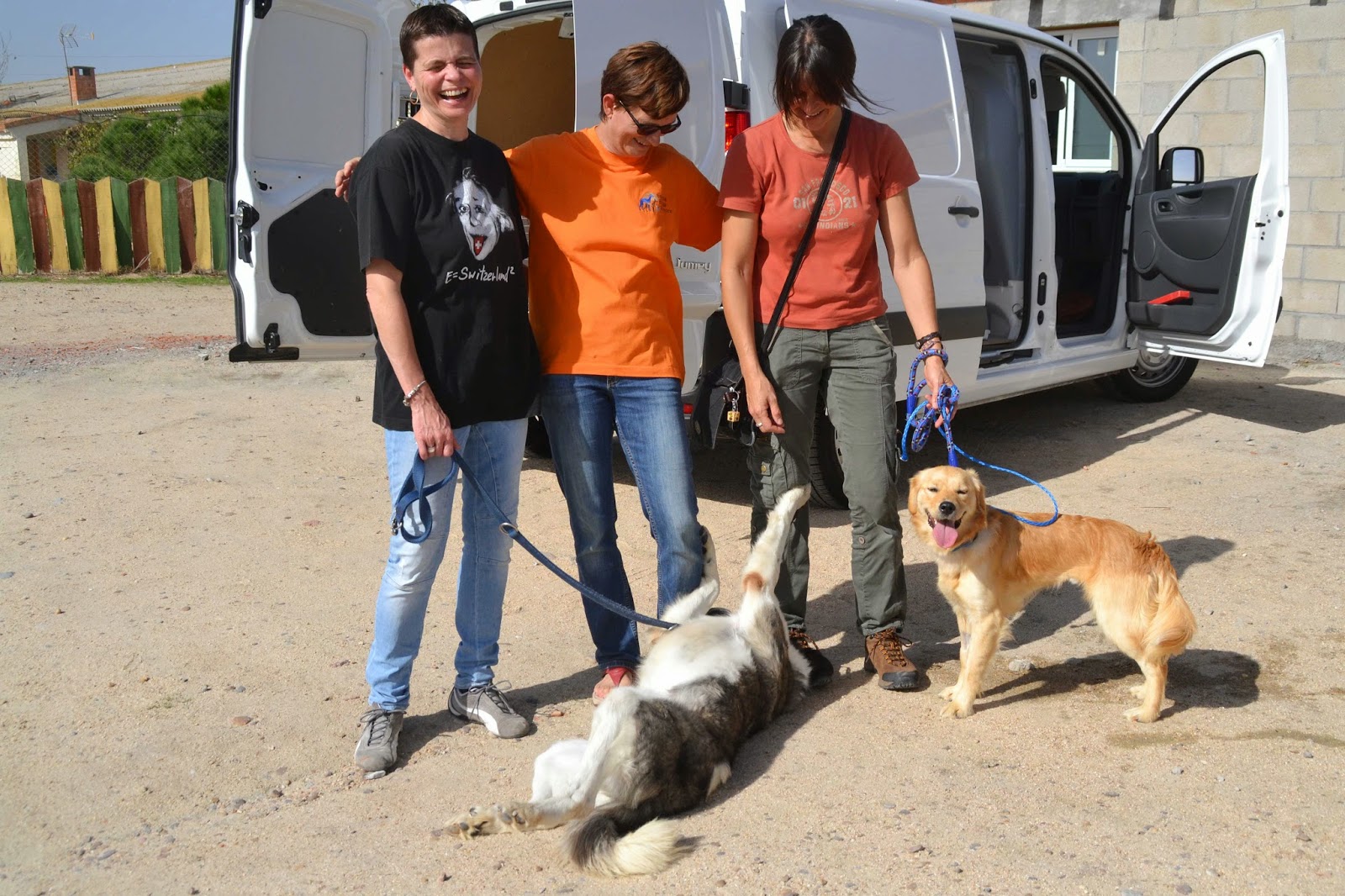 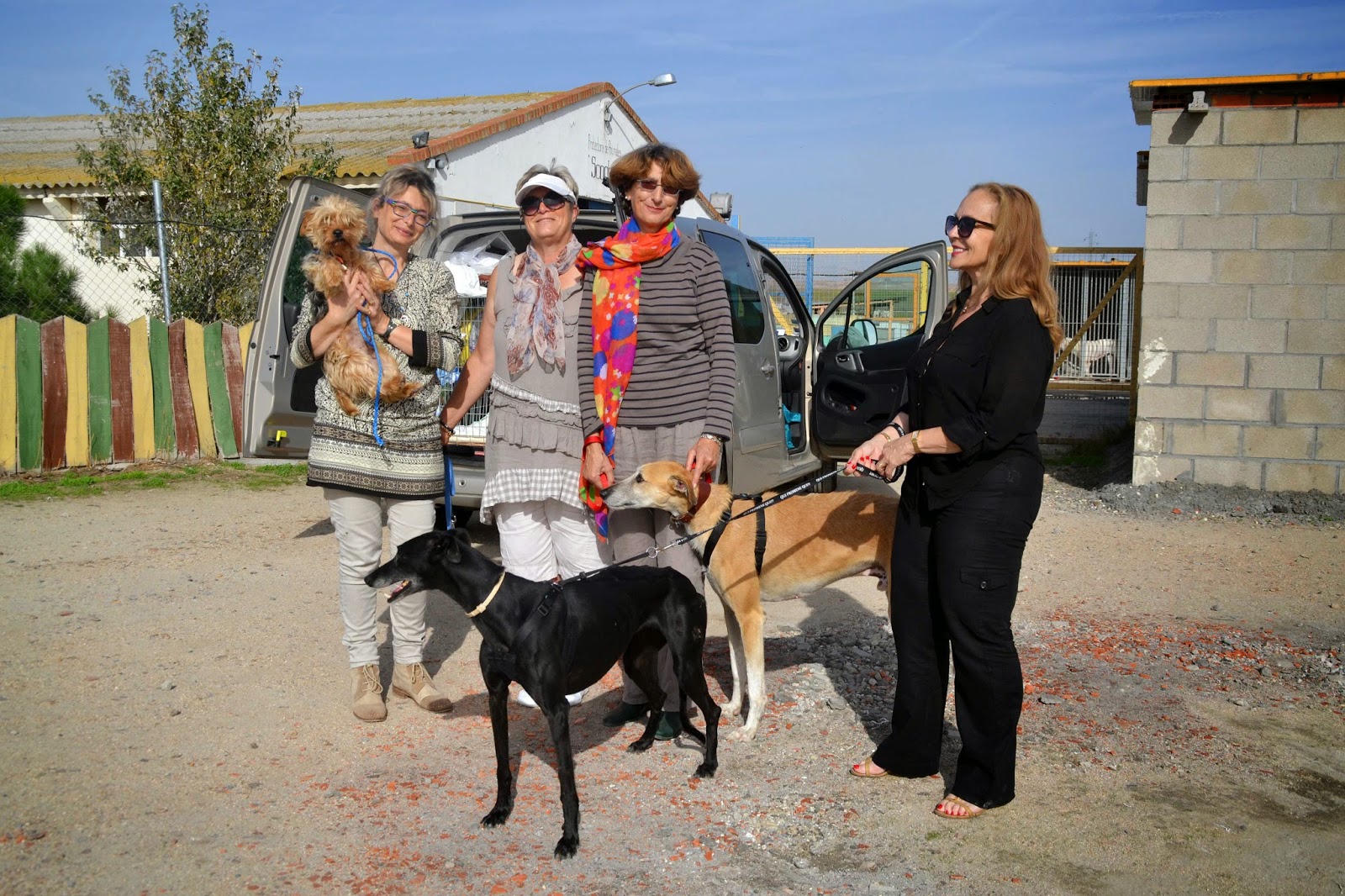 The mystery of the 1,000 greyhounds who retire and then vanish

In the UK and Ireland, Greyhounds are raced around a track to determine the fastest dog. Behind the scenes in this billion-pound industry, the picture is far from perfect.  Thousands of greyhounds go missing every year, many put down, others dispatched with a bullet to the head or a brick around the neck. The League Against Cruel Sports http://www.league.org.uk/ is campaigning to help protect these animals from this fate.  On Tuesday The League will launch its forthcoming report on greyhound racing in Britain.at the British Houses of Parliament in London.  The launch is already picking up some good press coverage.  The article below appears in the Independent on Sunday today.
http://www.independent.co.uk/news/uk/home-news/the-mystery-of-the-1000-greyhounds-who-retire-and-then-vanish-9818554.html

The mystery of the 1,000 greyhounds who retire and then vanish

By Rosamund Unwin, October 26, 2014
Every year, one in eight greyhounds “disappears” at the end of its racing career, with some dogs being sold for research and dissection, a leading animal welfare charity claims.
The League Against Cruel Sports (LACS) estimates that around 1,000 of the approximately 8,000 greyhounds retiring from racing annually are not rehomed and are unaccounted for.
Although the industry’s governing body, the Greyhound Board of Great Britain (GBGB), requires owners to register retirements and provide information on the fate of each dog, they are not obliged to provide any supporting evidence that a new home has been found. Some unwanted dogs are known to be returned to Ireland, where the majority were originally bred.
A report to be published this week reveals that some unwanted greyhounds were sold to a university which slaughtered them and used them to teach anatomy to veterinary students.
University College Dublin admitted buying 33 dogs last year, the report by the LACS and GREY2K USA, an American greyhound protection organisation.
The majority of former racing dogs are rehomed by the Retired Greyhound Trust, which is part-funded by the racing industry and independent charities, or directly by owners and trainers. However, while the GBGB said the industry was “striving to ensure that no greyhound is unnecessarily put down once its racing career is over”, its retirement form includes the category “injury not treated on economic grounds” as a reason to euthanise a dog.
The report also raises concerns about overbreeding, as some pups will never make it to the track because they are too slow or they will not chase the mechnical lure.
The charity is launching its report on Tuesday at the House of Commons and is calling for independent scrutiny of the industry, alongside the tracking of dogs from “cradle to grave”.
“We are releasing this report as self-regulation of the industry hasn’t worked,” said Michael Stephenson, director of campaigns at the LACS. “They had their chance and they have failed. We think the industry needs proper scrutiny. The public are completely unaware of what happens behind the scenes – it is an industry shrouded in secrecy.”
In 2006, there was a national outcry over the treatment of racing greyhounds after The Sunday Times reported that more than 10,000 healthy greyhounds had been shot and buried in a mass grave in County Durham over a period of 15 years.
This prompted two inquiries: the cross-party Associate Parliamentary Group for Animal Welfare, which called for an independent regulator, and one by the greyhound industry, chaired by Lord Donoughue of Ashton. The Government accepted Lord Donoughue’s view that the industry could self-regulate.
Lord Donoughue told The Independent on Sunday that conditions had improved since 2006. “More could have been done, but in a difficult industry, progress has been made,” he said.
While the greyhound racing industry is in decline, there are still 33 tracks in the UK of which 24 are regulated by the GBGB. Another nine “flapping” tracks are not licensed by the GBGB and therefore do not need to abide by the same rules of racing.
Last year, owners registered 7,520 greyhounds to race in Britain, of which 6,203 were Irish-bred.
The LACS is also concerned at the conditions in which some greyhounds are being kept during their racing careers. Many are now being kept at off-track kennels and are only let out of for short periods.
Earlier this month, a trainer and a track were fined by the GBGB for failing to prevent the death of a dog. The greyhound, Harry’s Queen, died last year at Henlow racing stadium from suspected heat stroke. A hearing was told that the air flow into the kennels was uneven and that an exposed, hot metal duct would have raised the temperature. Henlow was fined £5,000, while the trainer, Hazel Kemp, was ordered to pay £500.
A spokesman for the GBGB said: “No registered greyhounds are unaccounted for. However, we do not make public all the data we have pertaining to them.” He added that “non-chasers” were rare and “usually detected before registration”, which would mean they do not come under the GBGB’s care.
Defending self-regulation, the spokesman said they worked with animal welfare groups such as the Dog’s Trust and the RSPCA to “improve welfare standards”.
_________________________________________

http://www.league.org.uk/~/media/Files/LACS/Publications/Greyhound-Report-2014.pdf
Posted by Unknown at 2:07 AM

Another trip of hope


Again a full van loaded with dogs, again Simonetta and me , again Friday afternoon after work and again we started a new transport , on our way back from Italy we had some problems with the van so we took the van to the garage, we thought it was repaired , but when we were arriving to San Sebastian , the van started to give problems so, because I wanted to be sure we stopped and we phone the garage , after three hours and 900 euros invoice we continue with our trip, the van was not completely repaired but they told us that it was safe to keep going, first stop Bourdeaux, Paris, Compiegne and then Holland , late and exhausted but everything was ok , wonderful to see so many happy people and so many happy animals, we have made so many transports that we are getting used to it but this is absolutely miraculous and this is why we are working , we rescue animals because you are there to adopt them. Thank you and keep doing it, I really like to drive even when it is exhausting.
I know that we are doing a lot of things reporting many cruelty cases and I know that all of you are proud of this, but we need your help, the situation is becoming really difficult, you have been reading all the rescue cases that we are doing daily, we cannot do it without your financial support, please donate today we need your help and we need it now, if not we will need to stop all these rescues. Kisses licks and hugs from all of us. Fermín 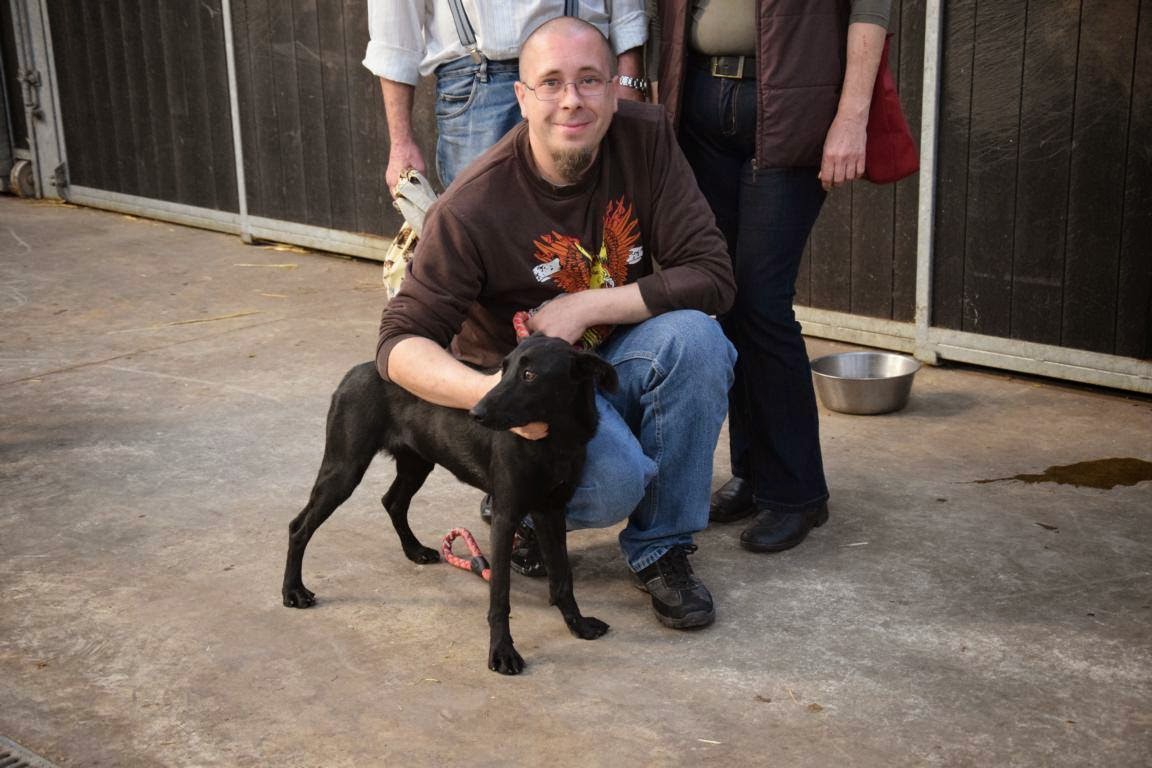 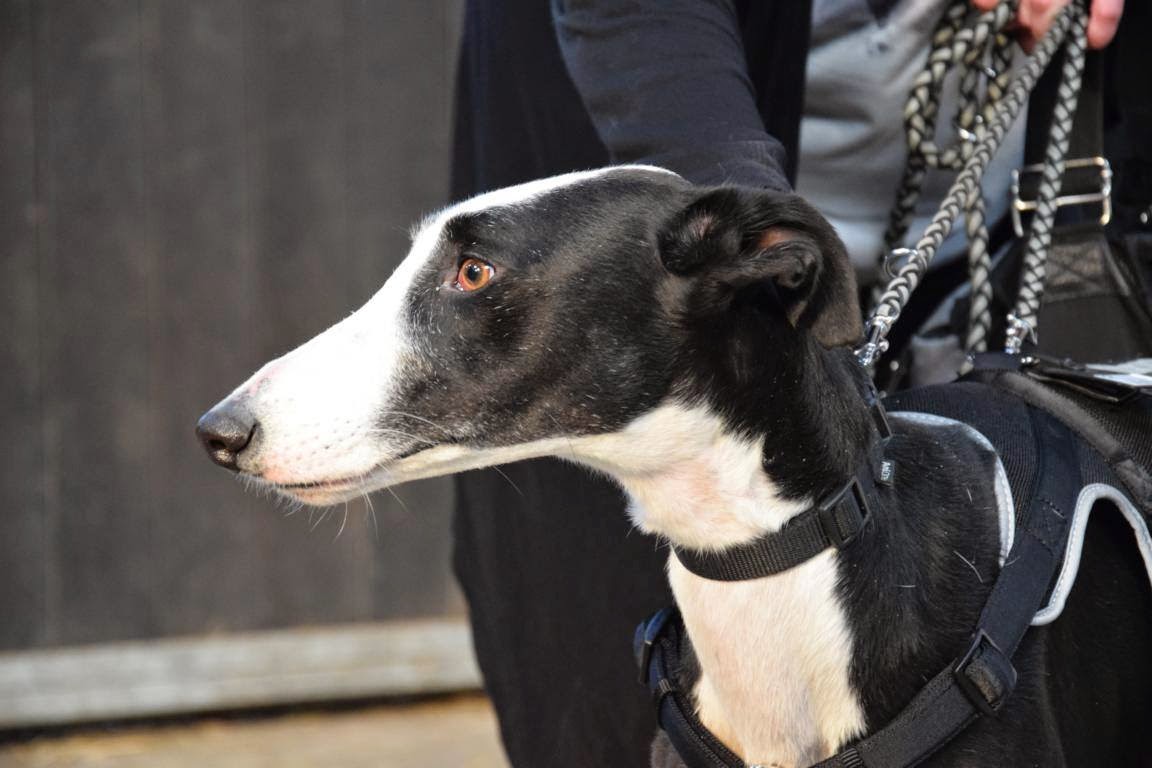 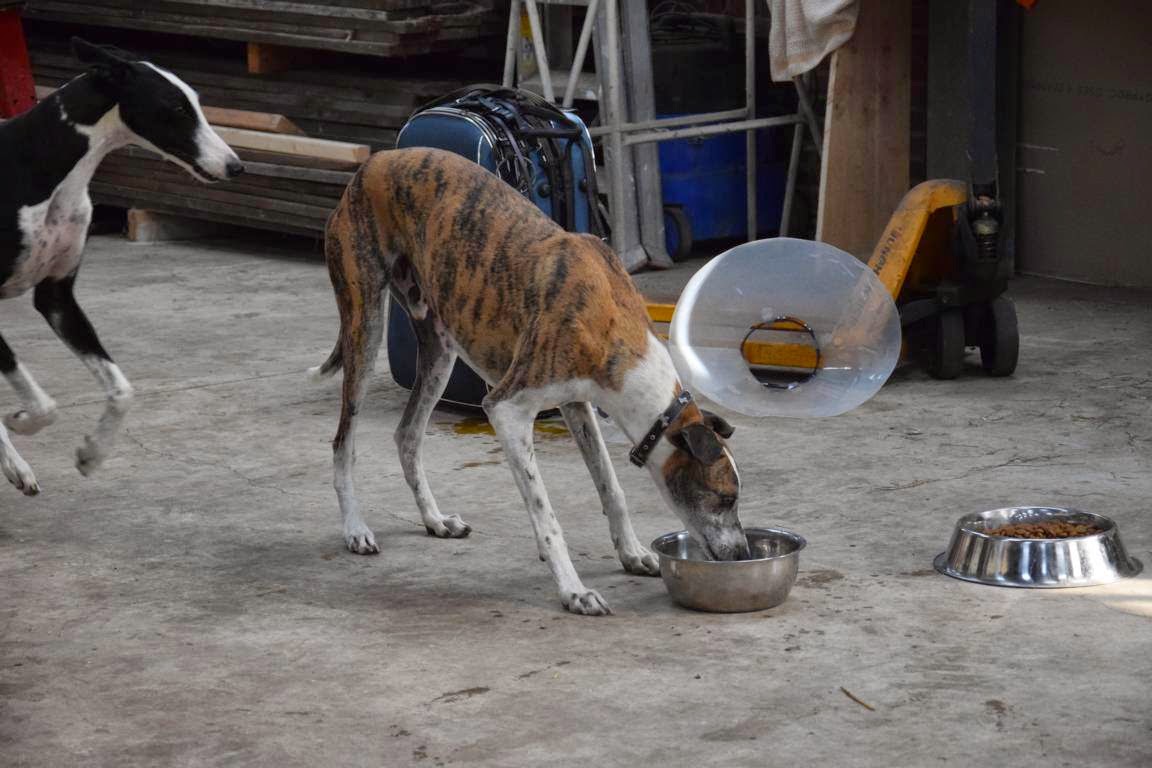 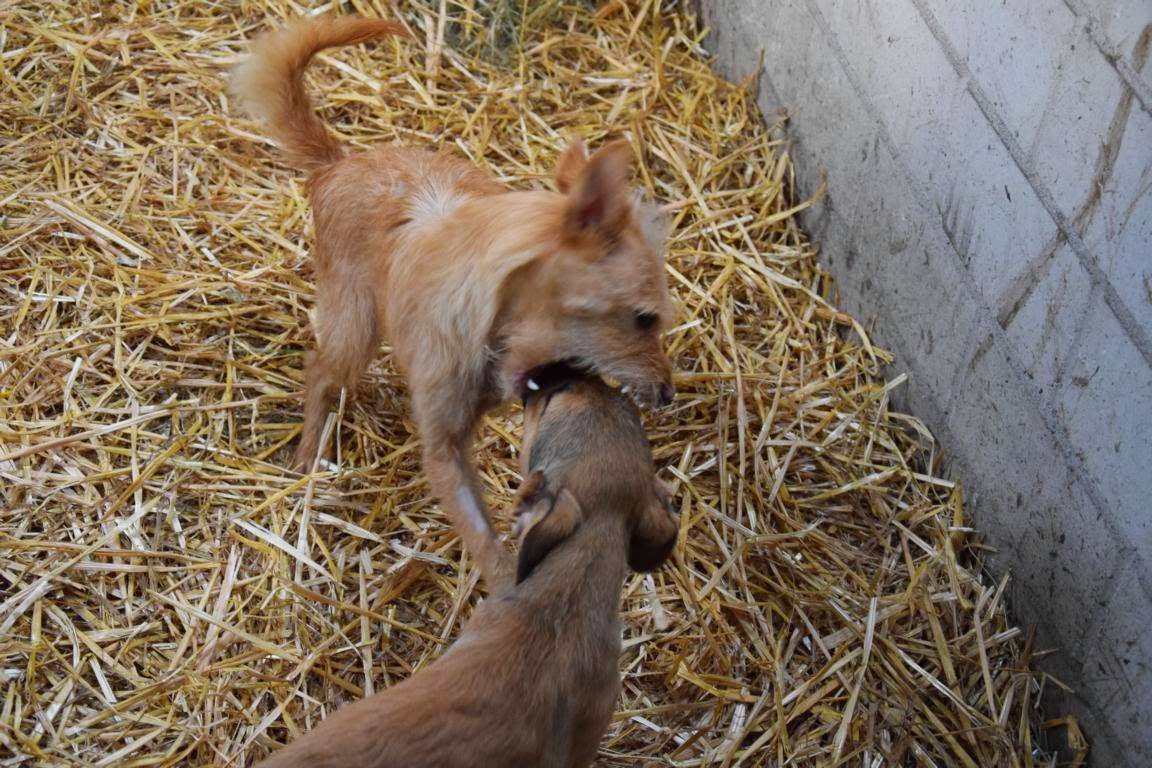 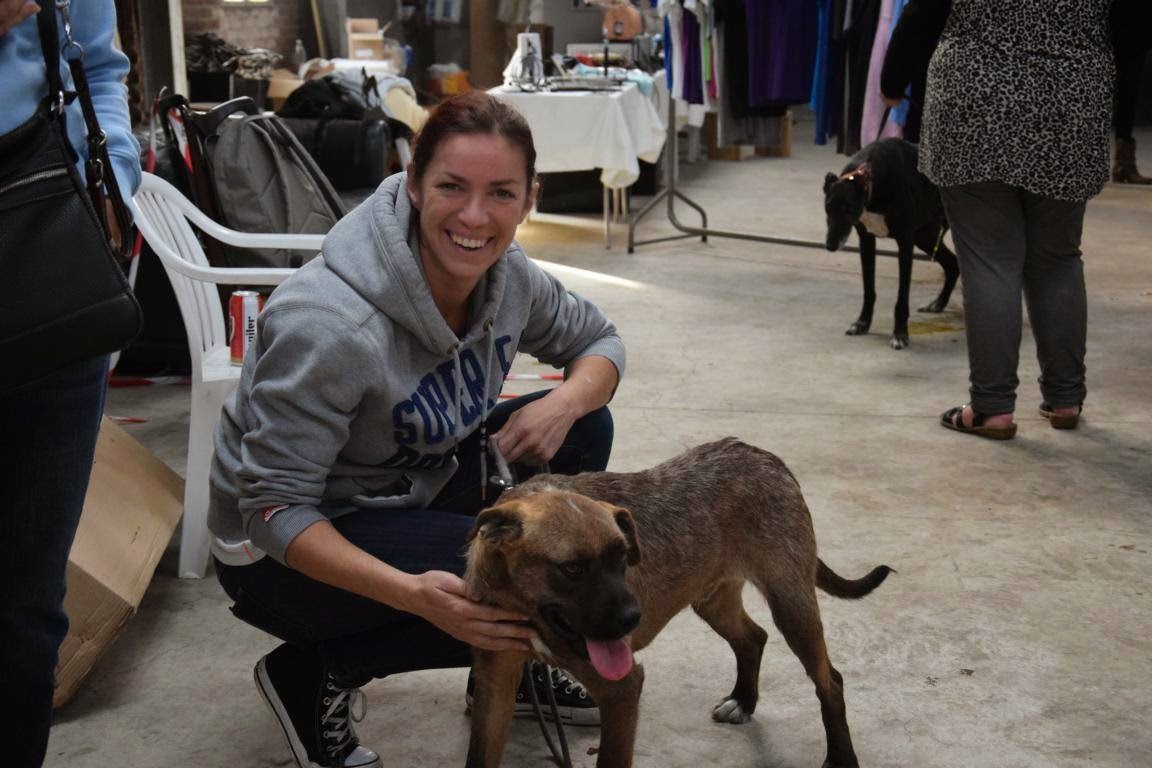 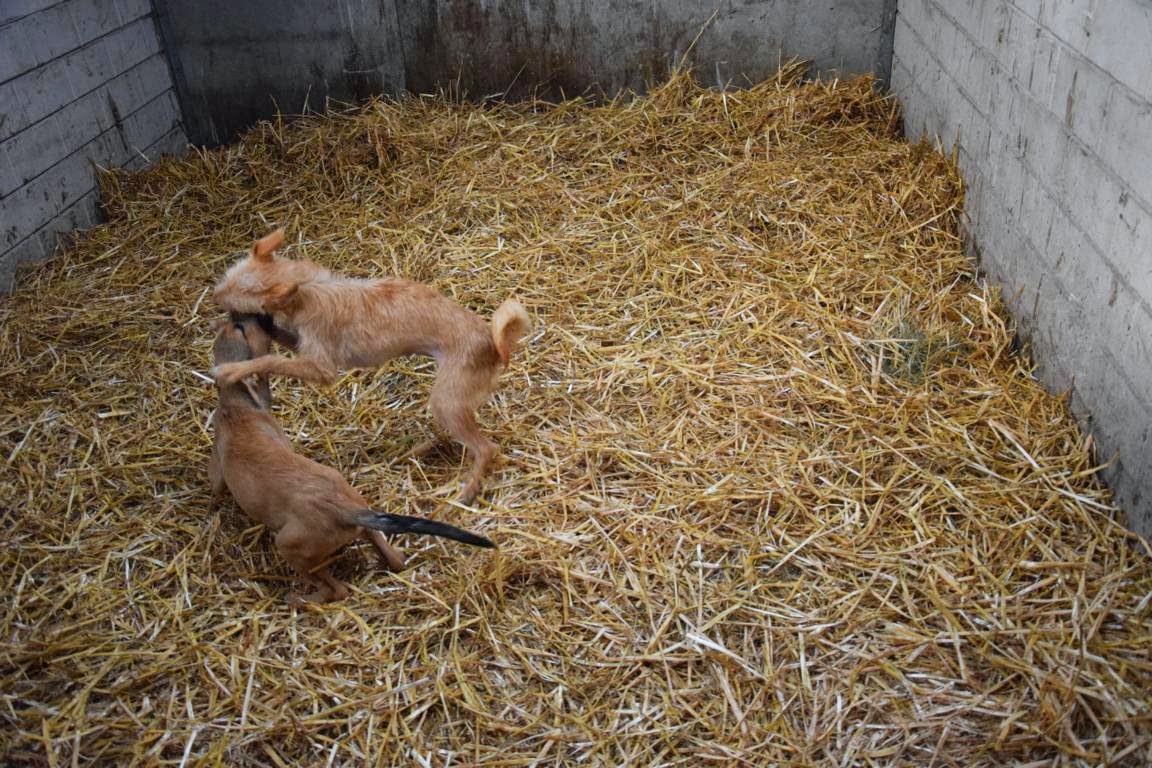 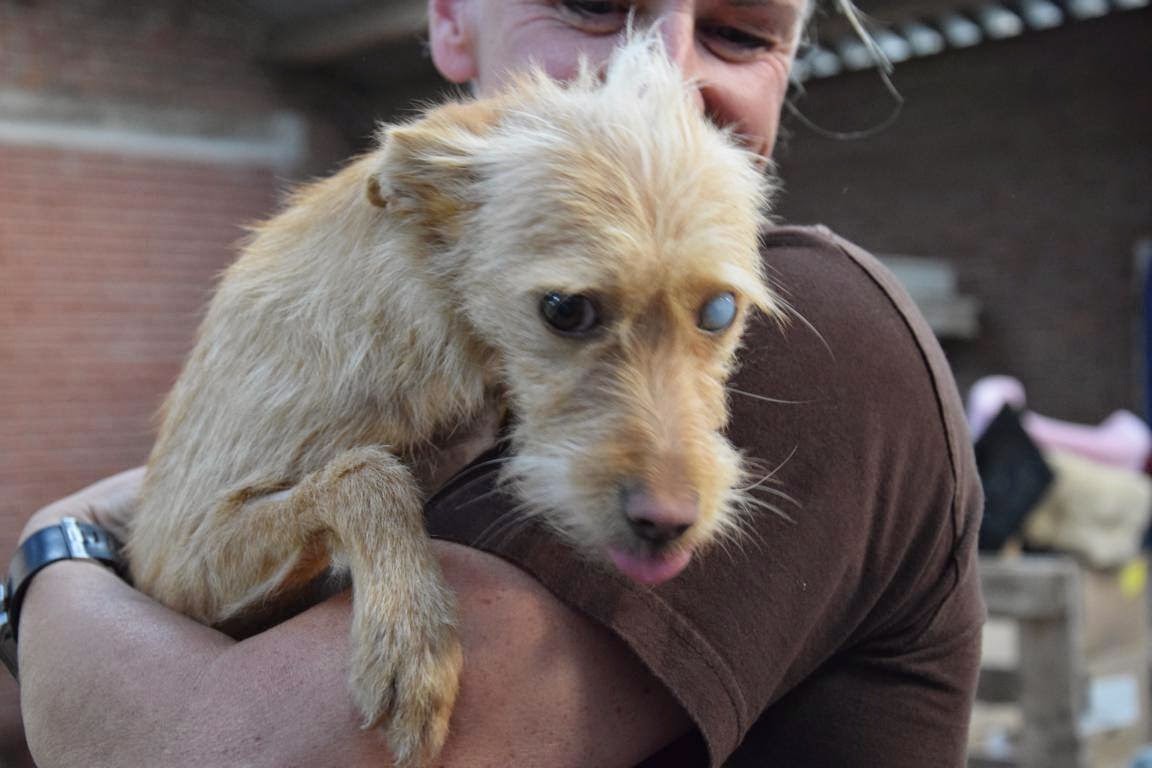 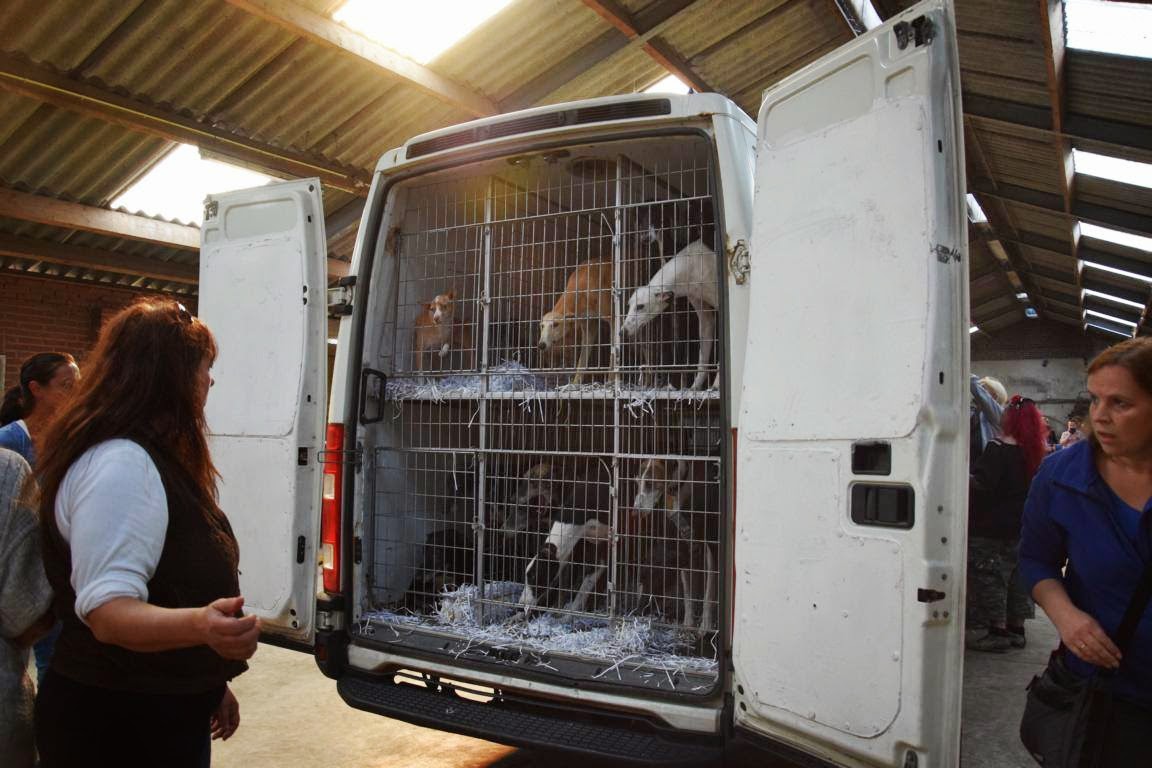 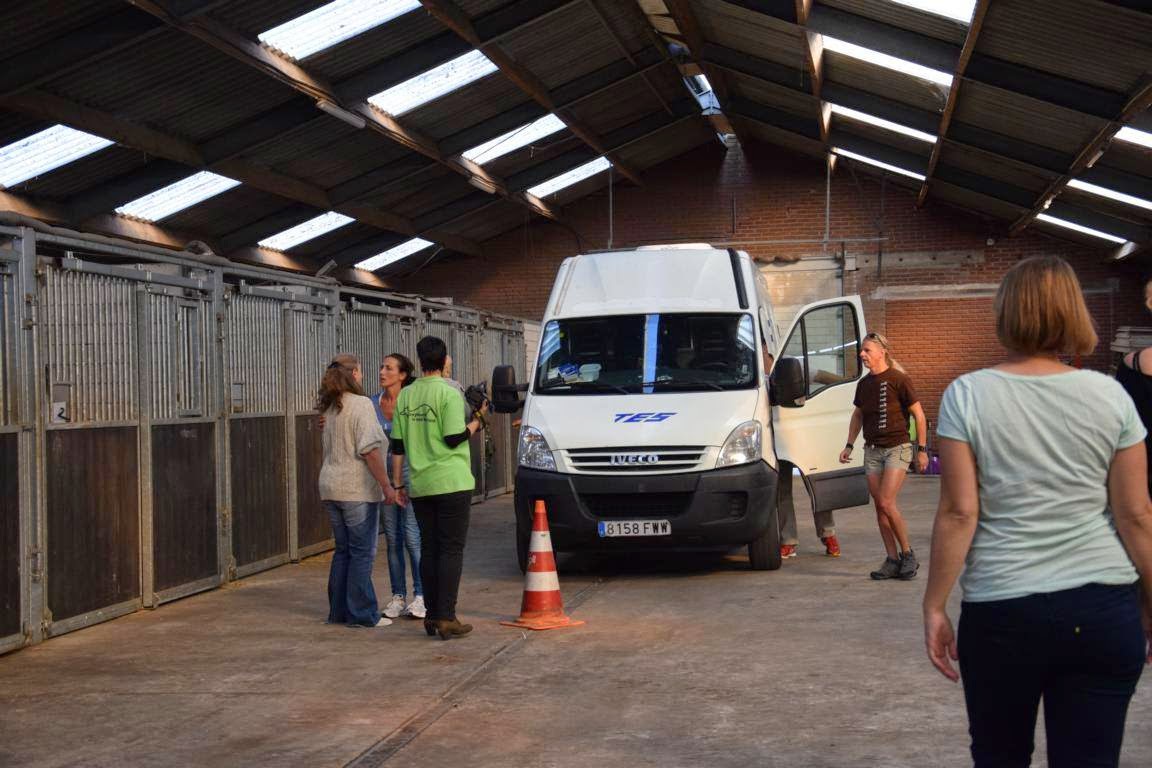 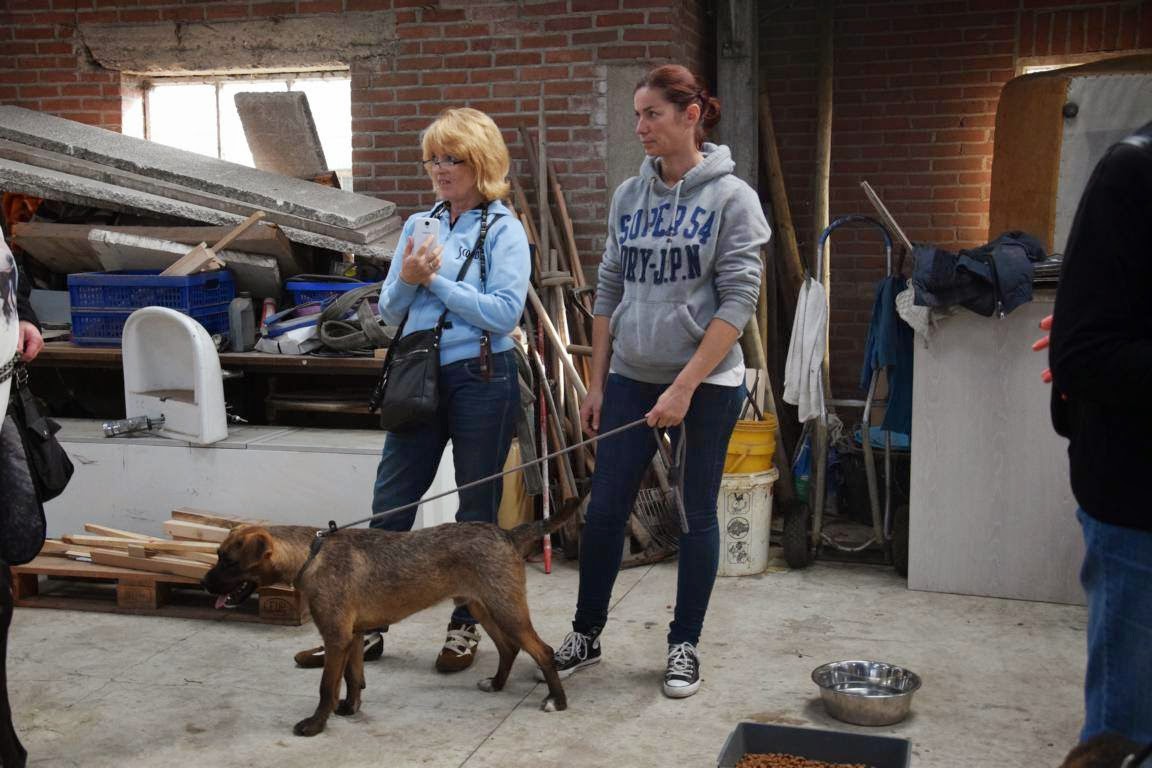 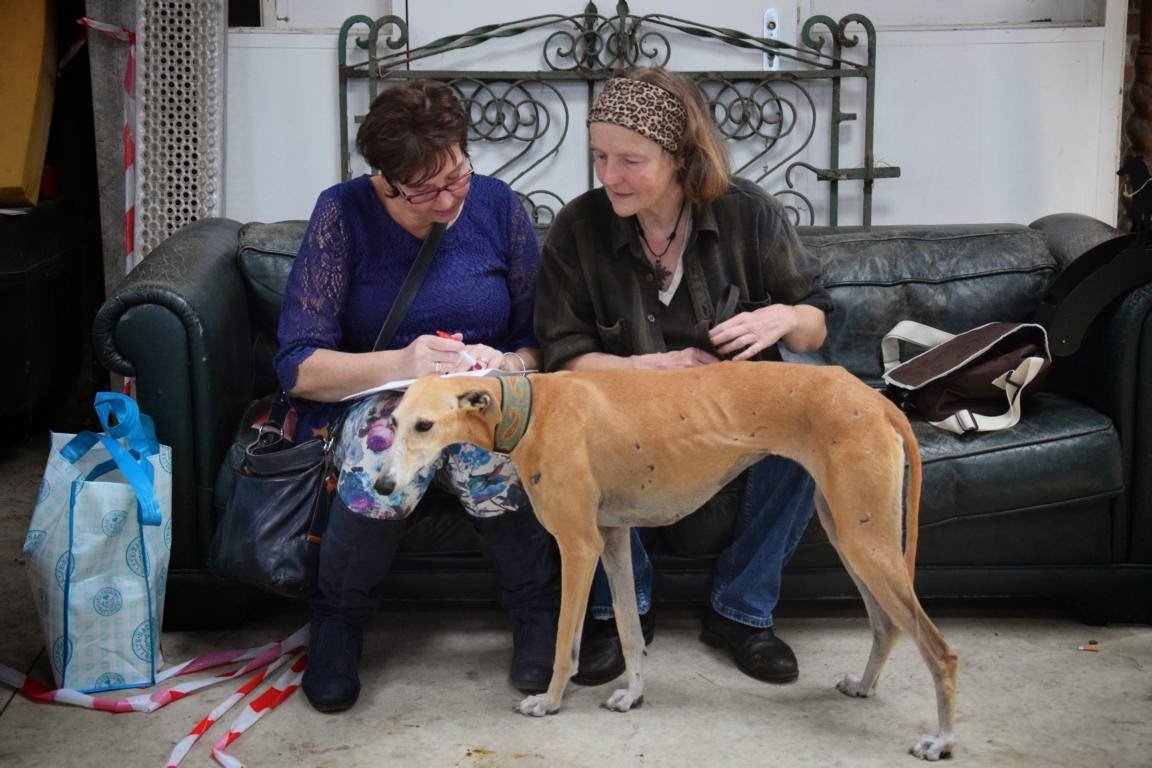 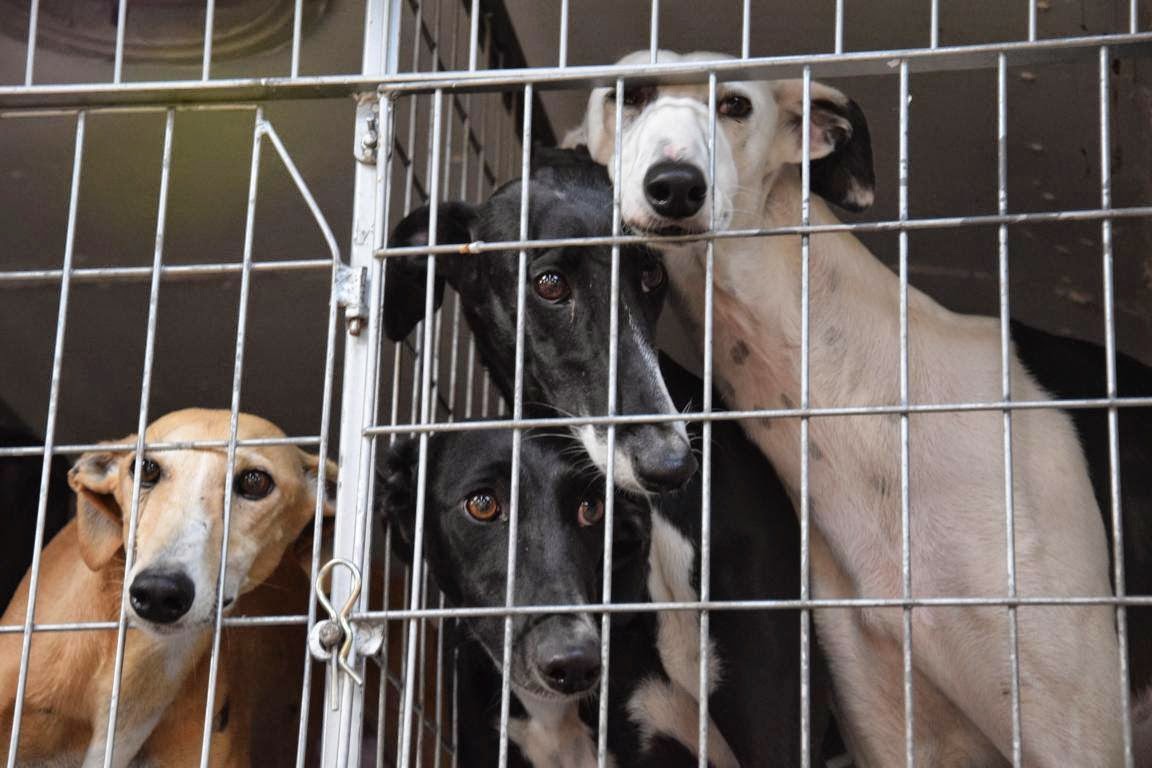 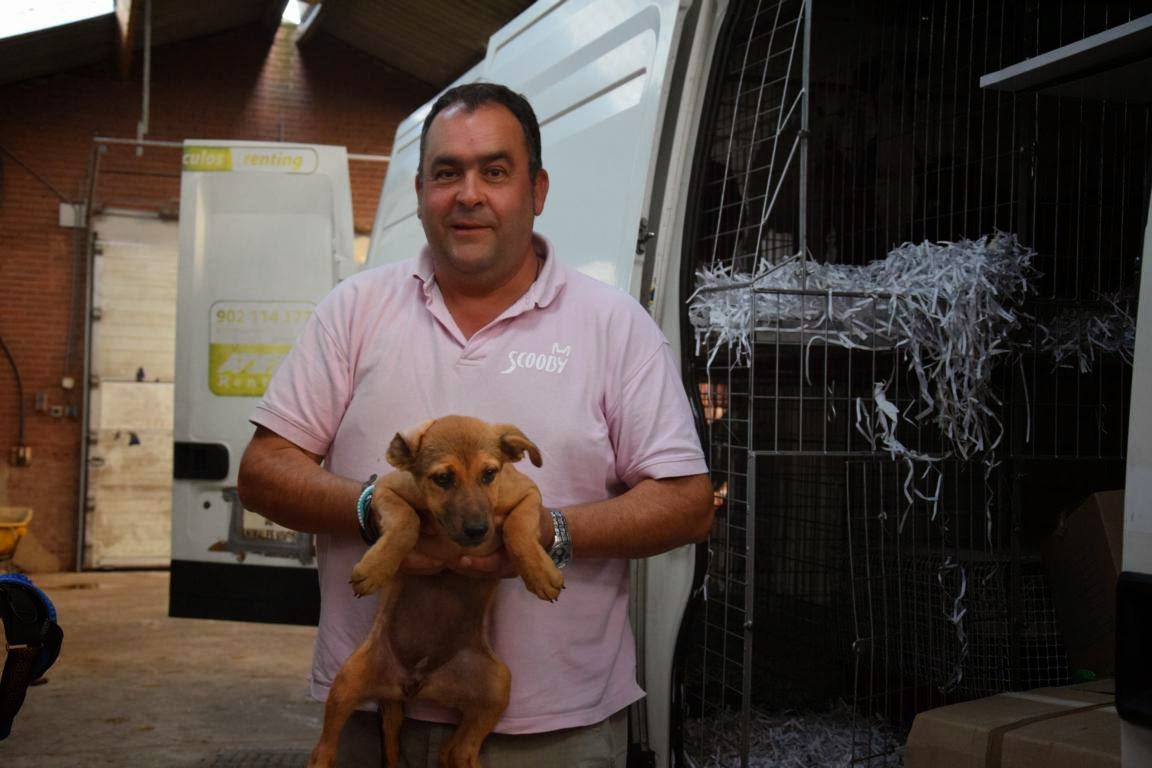 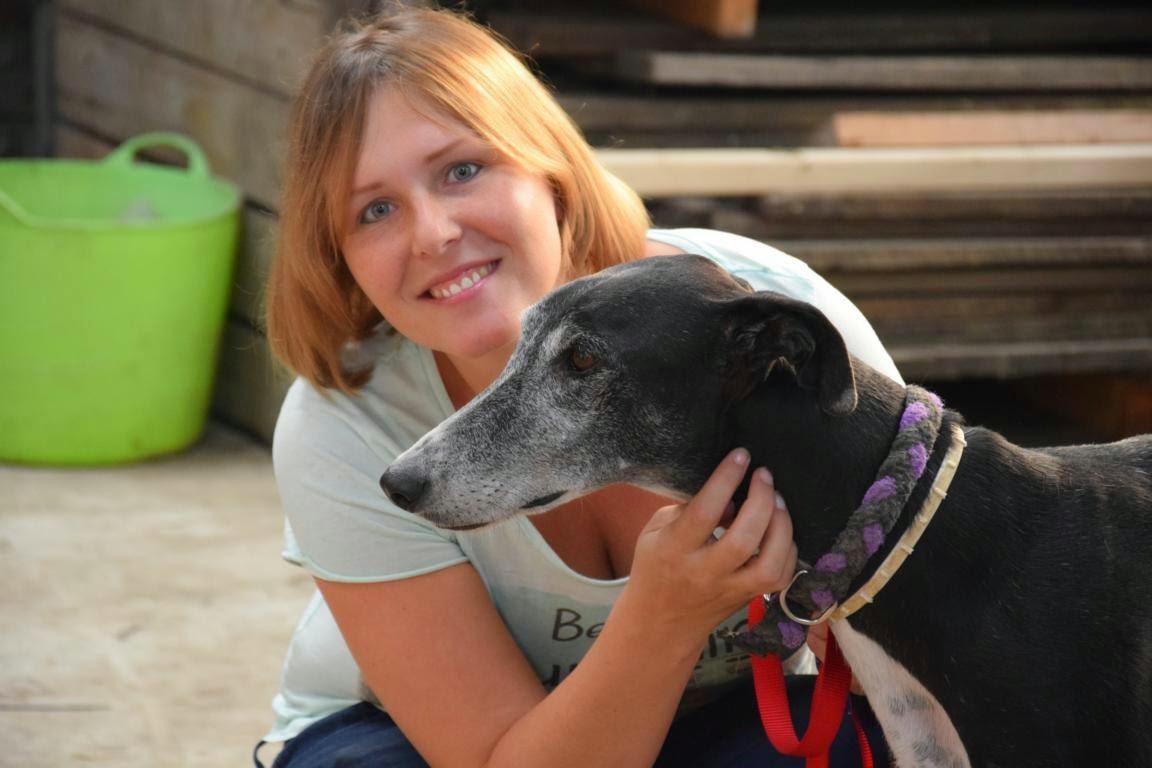 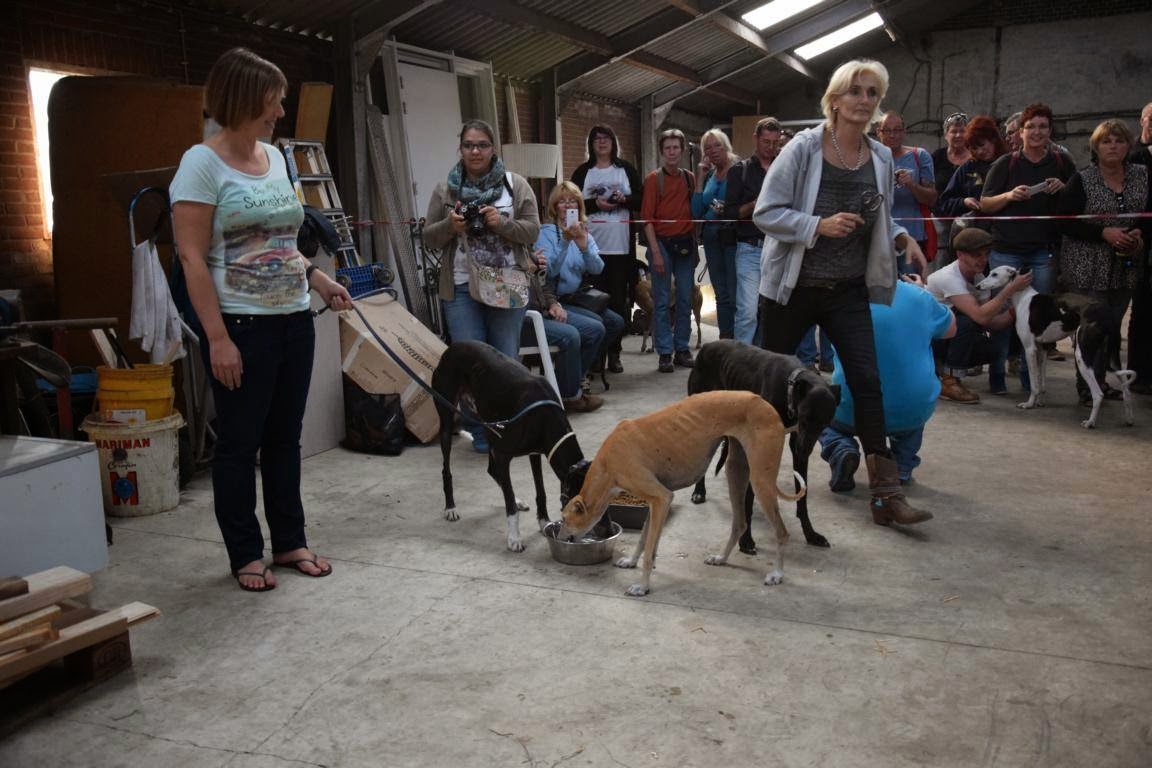 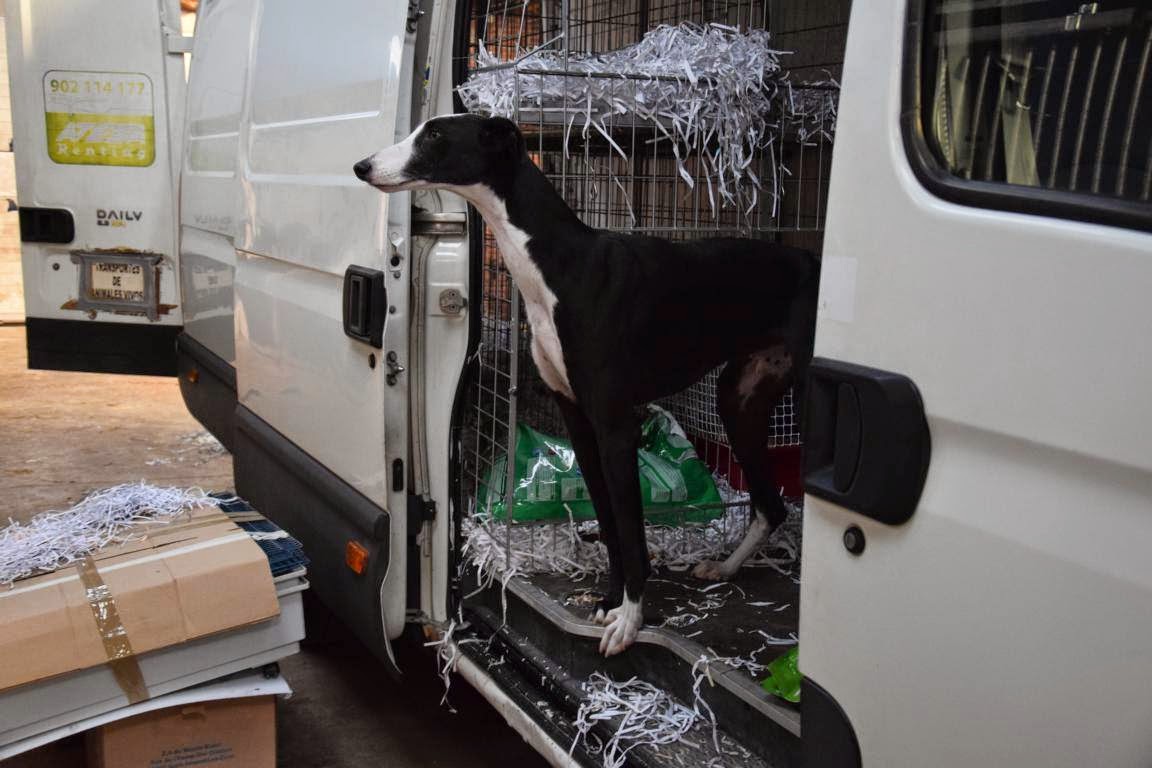 
Hello my friends, as the end of the year is getting closer , we at the Sociedad Protectora de Animales y Medio Ambiente are taking stock of what has become 2014 in different aspects.  One of the most obvious ones is the number of animals coming in and going out. So we would like to inform you herewith of all what is happening so you know firsthand about the Scooby numbers.
Calculating all the data till the month of september of 2014 Scooby has collected a total of 801 dogs and 91 cats, and compared to the numbers of the year before we will probably increase them with bells on because during the whole of 2013, Scooby collected a total of 861 dogs and 120 cats.
And this means in practice 801 new castrations/sterilizations, deparasiting of each dog for three months internally and externally during summer, and, depending on them being adult dogs or pups, one or various vaccinations per year.
Although we might complain that the number of collected animals has risen so much, we are also happy that we are able to give these animals a new opportunity, to find them real homes, thanks to the support of all of you.
In the next days we will be supplying you with more information about Scooby and give you more dates and numbers such as veterinary costs, adoptions, food bills, construction… We want you to know firsthand the amount of things going on at Scooby, as to say  SCOOBY IN NUMBERS.