The number of dogs that have arrived at the shelter between January and April has practically doubled in comparison to the same period last year. If this continues, by the end of 2017 Scooby would be home to more than 800 dogs, a number Scooby would not be able to care for due to a lack of resources.
Between January and April 2017, Scooby have collected 636 dogs and 104 cats: 233 in Medina del Campo, 149 in Zamora, 102 in Palencia, 117 in Salamanca, 33 in Valladolid and 2 in Cuellar. That's nearly double the amount of  dogs collected the previous year,  fact that has made us raise the alarm.
Even though the number of adoptions has also increased (488 adoption between Jan-April) at present we have 150 more dogs than we had in January living at Scooby. If abandonment continues at this rate, by the end of 2017 our shelters will be homing around 800 dogs for which we do not have the facilities, space or resources.
Awareness and control by the administration: the only solution.
The solution to this situation lies on raising  awareness around the need of neutering pets to avoid unwanted litters and on strict control measures with regards to pet ownership. But in order to do so, we demand the help of the administration.
The abandonment of dogs is a big issue in Castilla  y León, and despite the never-ending hard work shelters put in, this will not end until that part of the population who breeds uncontrollably and abandons becomes aware of the damage they are causing.
Volunteering and help.
In order to tackle and face such high numbers of abandonment, here at Scooby we are asking you for help, either by becoming a volunteer or by making a  regular or one-off donation. We are also appealing for all those considering getting a dog to adopt rather than buy. 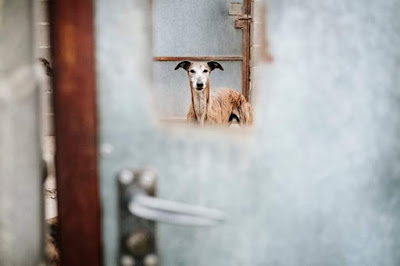 
Dear friends, it seems like the joint operation is gaining strength, or at least it is what is being said. Lately we have seen things like a farmer in Valladolid who one by one wins competitions of picking up stray animals in various provinces in Castilla y Leon. On the other hand it is you that do all the work to get these animals adopted, because this person does not even have a webpage to assist in finding these animals a home. A lot of times you ask us to take care of these collections, but we really cannot do all these by ourselves. We are convinced that together we are stronger and therefore we suggest we join forces and set up federations, on provincial or regional level so that between all of us we can get rid of people who only take advantage of the animals.   Regardless of personal quarrels, we are convinced we should all work together. If you agree, send us a private message and we will start working something out. Regards to all. 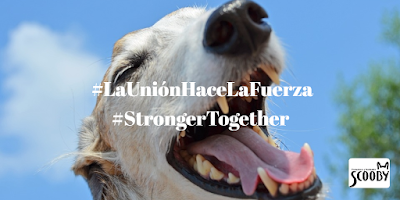