We went to rescue dogs and we rescued more that 90


Again some desperate wasps from our group in Andalusia there were plenty of dogs that needed our help, this time a van was not enough so we went with two of them, I was driving one with Ann Smet and we went to the Cadiz area , Huelva and Sevilla and Hoover was driving the other one in the Extremadura area, Badajoz and Careers, he will explain his trip in detail but I am going to talk about my trip, there I met with several friends and also some galgueros, we took some mix galgos from Sevilla, by the way difficult to rehome. Everything normal, the galgueros happy because we were taking their “rubbish” , they are not able even to leave the dog with his collar, because they will use it for another one , anyway we have plenty of them so this is not needed. I want to mention specifically, our friend Sole we had an appointment at the parking place in Sevilla, they came with six dogs, the smelling of the dogs was simply awful but the view when we approach the car from one of the rescuers was just simply to star trying, screaming or whatever you can think, I don´t what kind of shit these galgueros are giving to their dogs , but the dogs they made everything inside her almost new car, they vomit, they pooh an awful diarrhea and the worst was the smelling, it was absolutely awful, we were joking with her, telling her that clearly is reason for her husband to divorce her. Anyway after us they went to clean the car and it seems that at the end was clean. Honestly I have my doubts. From here we went to Valverde , the killing station from Huelva, the place is a nasty place, absolutely full of dogs, some of them very skinny, there we rescue at least 15 dogs  galgos, podencos and other dogs in need , they were on the death row. In total that they we rescue from a certain death more than 90 dogs. We need your help, really we need donations, homes , food, vet help, we need help , there are many more dogs needing to be rescued without your help we cannot do it. Kisses, licks and hugs from all of us. Fermin 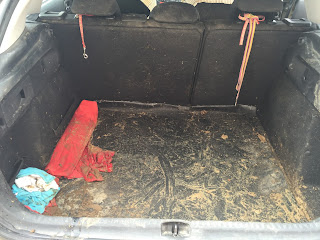 
Tuesday, the 9th of february. Tuesday morning at 3 in the morning I get into the Scooby truck with Fermin for another long rescue trip. I don’t know what to expect of today but I am happy to get a chance to experience it. Our first stop is 700 km later, a meeting point for Spanish volunteers and galgueros, where they can bring their dogs that are no longer „suitable“ . A few galgueros arrive and hand over their dogs to Fermin without any sign of emotion, others don’t even show up. We continue our trip in the same way where we pick up dogs at several points. The last stop is a dog house… I need to be strong!  We were supposed to pick up 5 galgos but then I see Fermin looking around there too and in the end has done his utmost not to take just 5 but 15 dogs out of there. A great job but on the other hand it is very emotional to leave all these little faces behind their bars! Finally we return to Medina, where we arrive at around 9 pm. A long day with a rollercoaster of emotions.. but Fermin and his team at Scooby are doing a wonderful job. It takes hours of organising, arranging stuff, driving for miles to be able to help as many animals as possible.  If you have a chance to look behind the scenes you understand better the work they are doing, the amount of work and especially the fact that they need a lot of support to be able to continue doing this. Respect Scooby!! 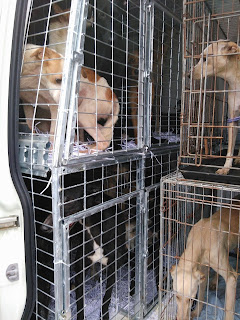 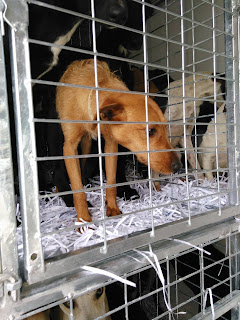 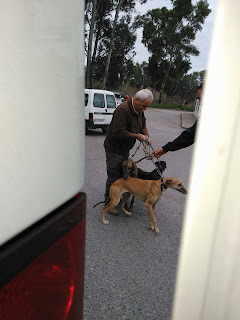 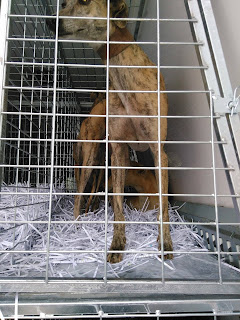 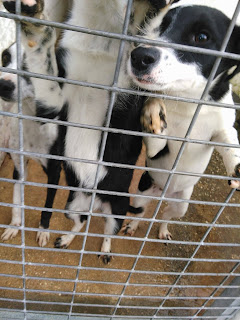 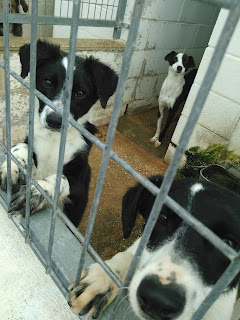 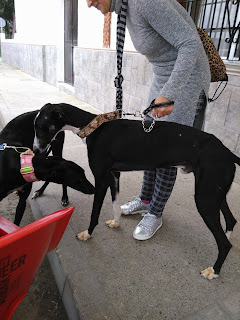 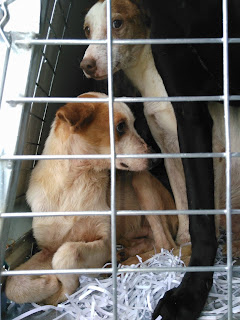 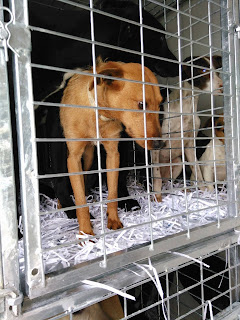 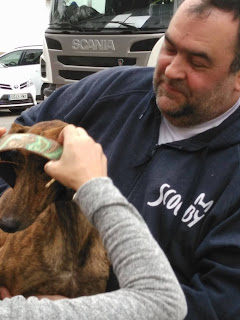 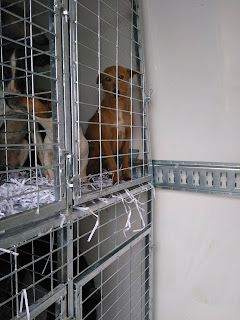 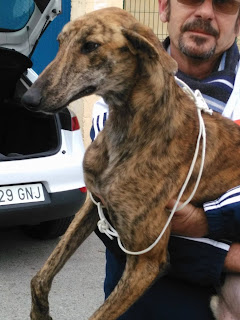 ANOTHER VICTIM OF THE END OF THE HUNTING SEASON


This beautiful black Galga was also found abandoned with 2 open fractures in her left hind leg.
Also she is going to need a complicated surgery and we need you to make this possible with supporting us with your much appeciated donations. Without you, we will come to the point that we cannot help them all anymore. And that would break our heart. Because we are under the sensation that these things are getting more and more and more...Abandoned injured dogs, the lucky loosers  in an irresponsible hunting world. Will this EVER change...? 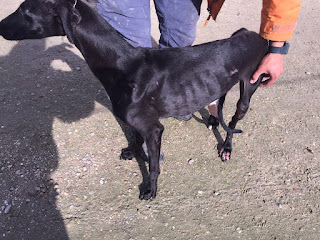 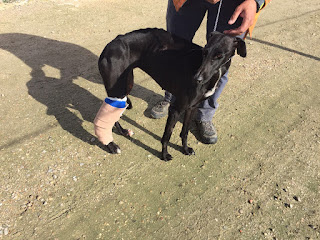 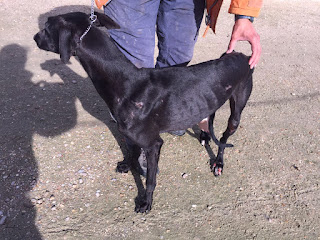 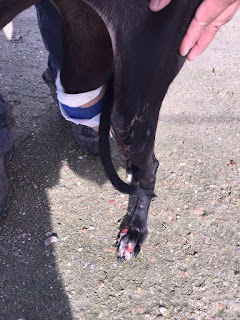 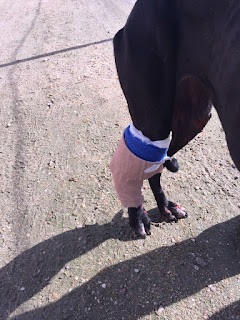 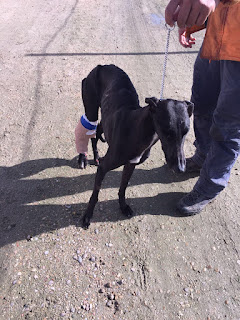