Let me explain, what are the latest news from Bullas, all the animals are improving, for the moment we can do nothing with them , because Scooby is the legal sequestrator of them, by the way I don’t know if it is the right word, is from google translator, so for the moment they can’t be rehomed, we can do all the needed vet treatments but no more and it can still delay a lot, meanwhile Said is  in Bullas feeding and taking care of the sheep, goats, horse and one pig that are still there, he is coming back soon, for the sheep and goats is going to be difficult to bring them here for the moment because of bureaucratic problems , we are M4 and this place in Bullas is M3 , it means that our animals are in a better health condition than those in Bullas, but we cannot bring them for the moment, so we are looking for a provisional solution for all of them, hopefully the other horse and the pig can come this week with Said, also several galgos and podencos, the ones that were in worst condition,  are appearing in the hills around Bullas and we are rescuing them , they are coming to Scooby also this week, anyway what I wanted to tell you, until now our expenses have been huge, to bring the animals, we needed to pay a truck for the horses , and all the food, all the vet treatments for all of them and we cannot rehome them yet; so we need money now and we are going to need money in the future to feed them so please donate what you can. Thank you very much. Kisses , licks and hugs from all of us. Fermín
Posted by Unknown at 10:50 PM

Things that make me happy 1


Yesterday I was walking in the fields and I saw the horses from Bullas, they are looking great, they already have several kilos more, in fact they have eaten a lot of carrots , grass and straw, even there is one, the smallest one that is following us everywhere like a dog and I have already seen them jumping of joy, the ferrets are already set up , the feather animals are doing ok and now they know that wheat , corn , grass is the right food for them, there are so many small things that make me happy, that now I feel I need to share it with you, by the way to have all of you behind the computer make me absolutely happy. It is  a little bit ridiculous to write and write and having nobody on the other side, thank you for being there. All the pictures that you send to us with all the adopted dogs make me happy to see them in their new home so please send more and more , to see how the little ducks are growing , even thinking that many people thought that they were going to die and they have survived thanks to our care. I am happy walking in the fields and looking at the peaceful animals, I am happy about the rescue of Bullas and to see how all of them are getting better and better every day, I am happy when we receive donations because it means several things, one that you trust in our work and you think that we should continue doing it in the future, I am sorry many times about asking for money, some people they tell me that I don’t know how to cry enough, that Scooby is doing a great job and we need to publicize more, anyway I am happy even thinking that I always want more, this is it for now, kisses, licks and hugs from all of us. Fermín 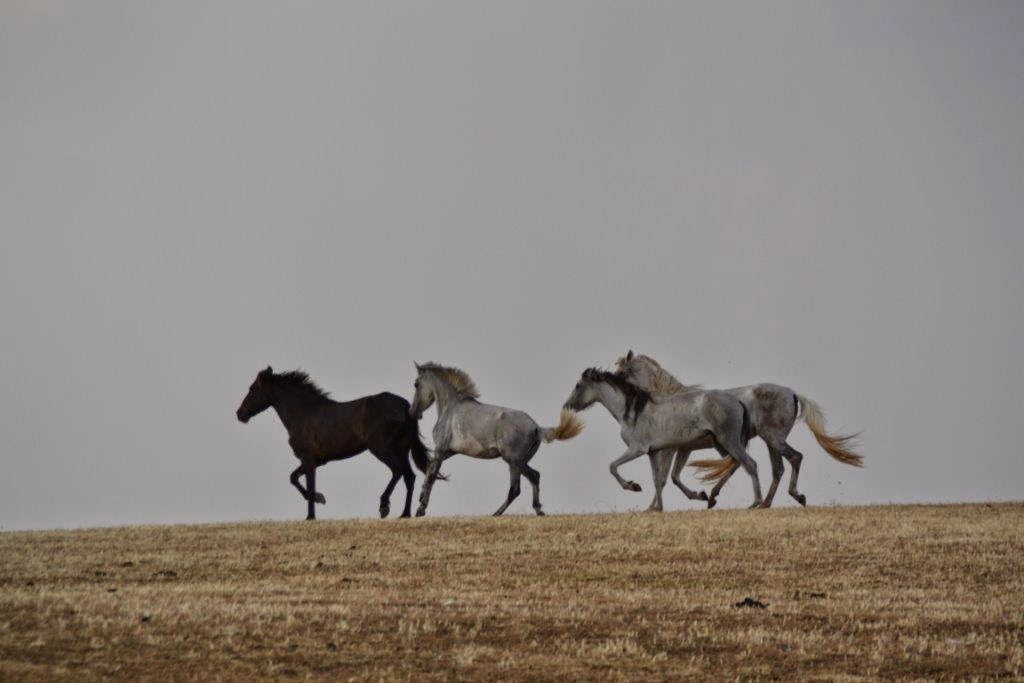 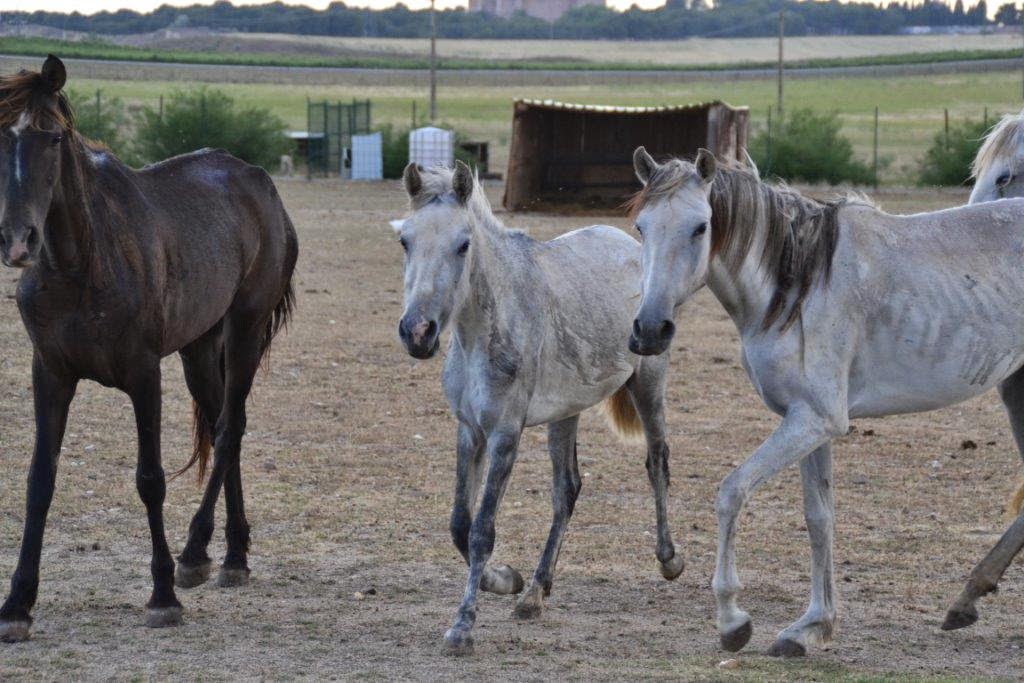 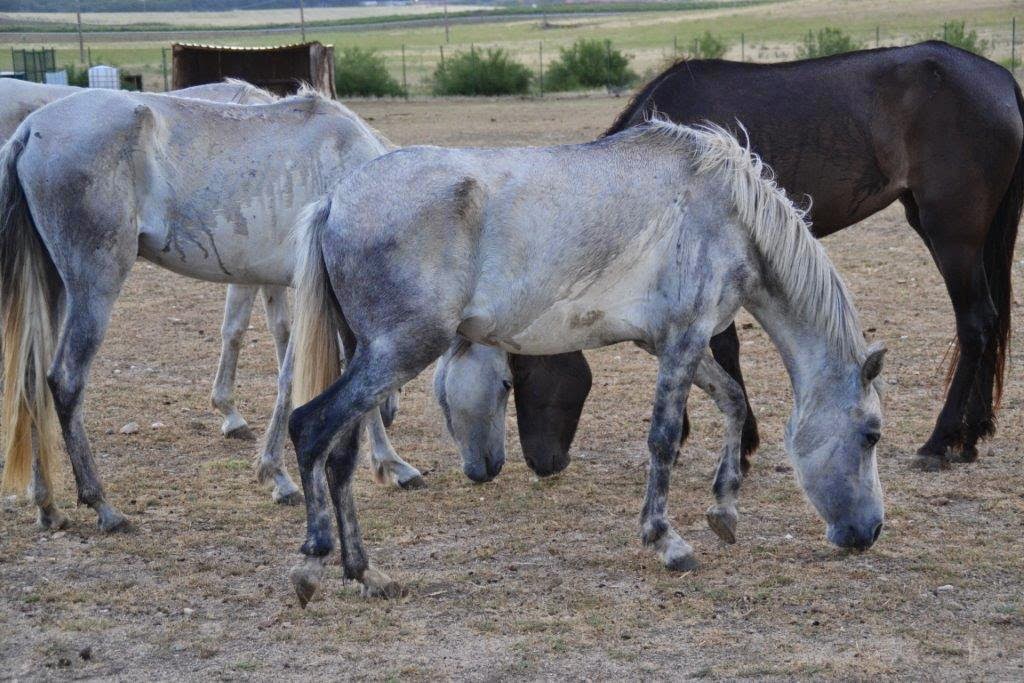 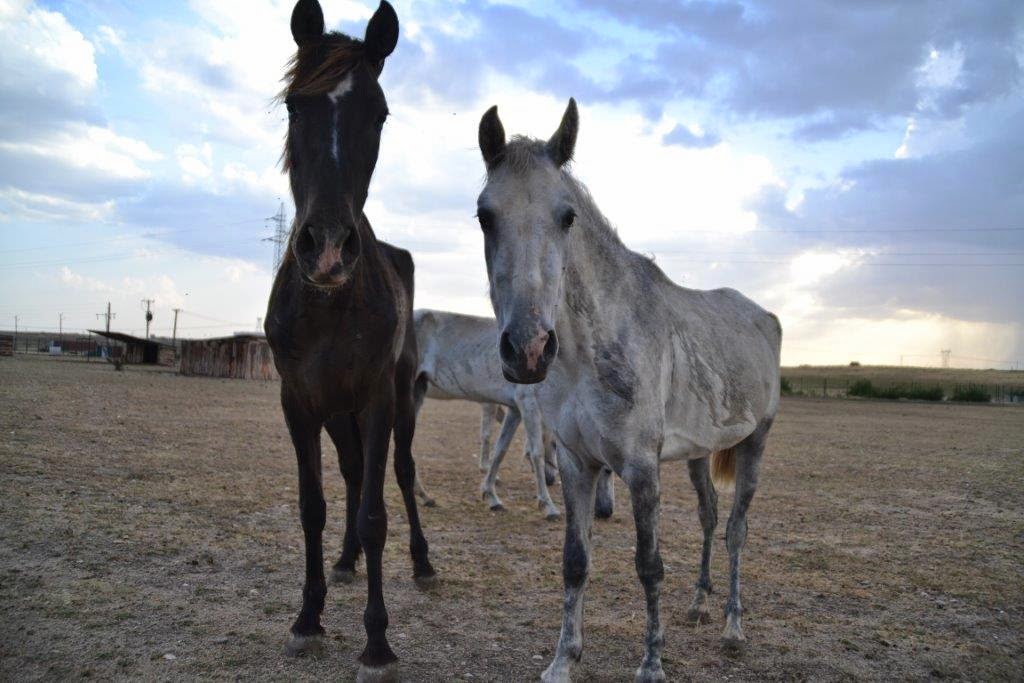 Raquel : our lawyer in Murcia.


I want to introduce you , Raquel, she is our lawyer in Murcia with the case of neglected animals in Bullas, I have already asked her for a CV so I can publish it on our site so all our supporters can know what she has already achieved for the animals, after several conversations with her I am absolutely convinced that she has the scooby point of view around animal welfare and I think that we need to have her on our team,  animal welfare is important to rescue the animals, but also an important part is to prosecute the criminals and also to try to get the laws implemented so one day we can say that Spain has laws for protecting the animals and it doesn’t mind what specie we are talking about, all of them need to be respected and all of them need to be protected. Waiting for her CV , I must tell you that like every other creature she needs to eat , so she needs to get money and I think that we need to pay her some money, she is always saying that all the money is for the animals and if there are some left overs , then she can get some money, so my proposal is , if you think that her work is important and you want to donate for paying her, please do it through our accounts marking specifically that is for the lawyer. Kisses , licks and hugs from all of us. Fermín
Posted by Unknown at 11:45 PM

Scooby has opened a teaming group

At Scooby we are aware that the abandonment and mistreatment of animals is a Spanish problem that their own inhabitants need to resolve, but at the same time we now that we need the support of as many people possible, and that without the international pressure it would be a lot harder to change this situation. Making yourself teamer makes it possible for you to help us cover the cost to take care of our animals

Volunteers at Scooby and the Pup Prevention Plan

Last week a small group of Greyhound Compassion volunteers returned from the Scooby shelter.  As usual it was overflowing with rescued animals, including at least 300 galgos.  We spent a few days cleaning and feeding the Scooby galgos and other residents. We spent a lot of time administering tick and flea treatment.  Then there were the clinic patients whose recovery kennels needed cleaning. We gave these galgos a gentle walk every now and then.  These convalescing galgos had either been neutered or, in the case of three or four of them, were having their broken limbs repaired.  They had come in, the victims of traffic accidents.

The recovery kennels are a recent and innovative development to the whole shelter. Previously the only space for the convalescing animals had been a handful of wooden kennels in the coldest and hardest to clean part of the shelter.  These spanking new kennels are in a brick built building with tiled flooring, insulation, warmth, lighting and individual enclosures with a comfortable bed.  They are also much easier to mop clean than the previous kennels.  Not only is this much easier for staff and volunteers, even the patients look happier and closer to recovery.

The next stage of development, underway whilst we were there, is the construction of a small laboratory to house the donated medical equipment which is highly appreciated and is the result of some very helpful donations from veterinary suppliers.

The next big fund-raising project for Scooby, Greyhound Compassion and the galgo rescue support groups in Europe is the Scooby ambulance.  The ambulance will be manned by a Scooby staff member and a vet.  It will travel deeply into the rural areas to pick up strays and to bring them back to the shelter to be neutered and rehabilitated until they can be rehomed.  The ambulance will also collect dogs from consenting owners to neuter and treat them at cost in the Scooby clinic.  This is to prevent the prevalance of puppies which so often are galgo mixes because so many galgos are discarded and mingling with the stray dogs.  The Scooby shelter, like other refuges, found it so impossible to cope with the influx of puppies last year that preventative measures have become vital.

Thanks to a recent flag day and matched funds from a corporate sponsor, Greyhound Compassion already has £1,000 towards the ambulance.  This is a much appreciated precursor to the official launch of this special project at a garden party lunch to be hosted by Mrs. Hazel Spear on 6 July at her home in Hertfordshire.  Everyone is most welcome along with their dogs to this informal social gathering in support of the ambulance.  We are hoping that once on the road the ambulance will be instrumental in “pup prevention” thereby reducing uncontrolled breeding of galgos and galgo mixes. To reserve a space at the lunch in aid of the ambulance project, please contact us on info@greyhoundcompassion.com by 30 June 2014.  Cost per head: £10 – all proceeds to GC  in aid of the ambulance. 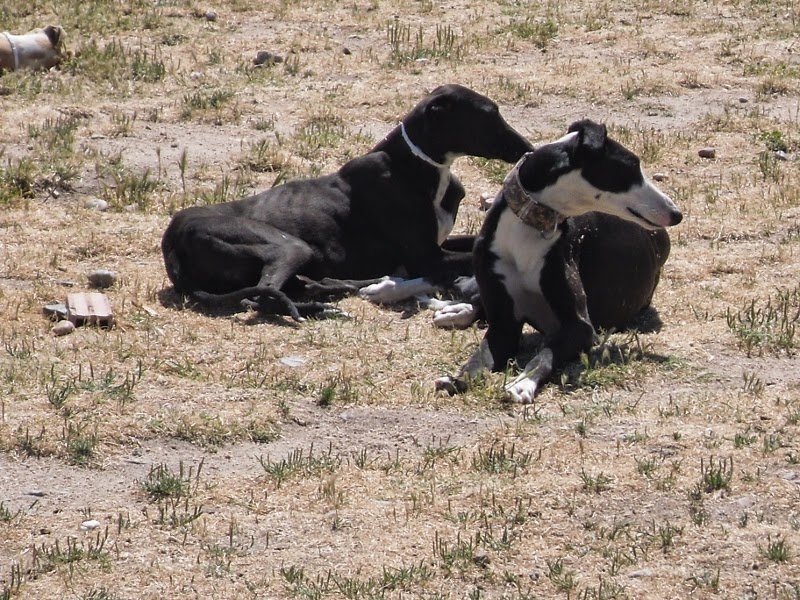 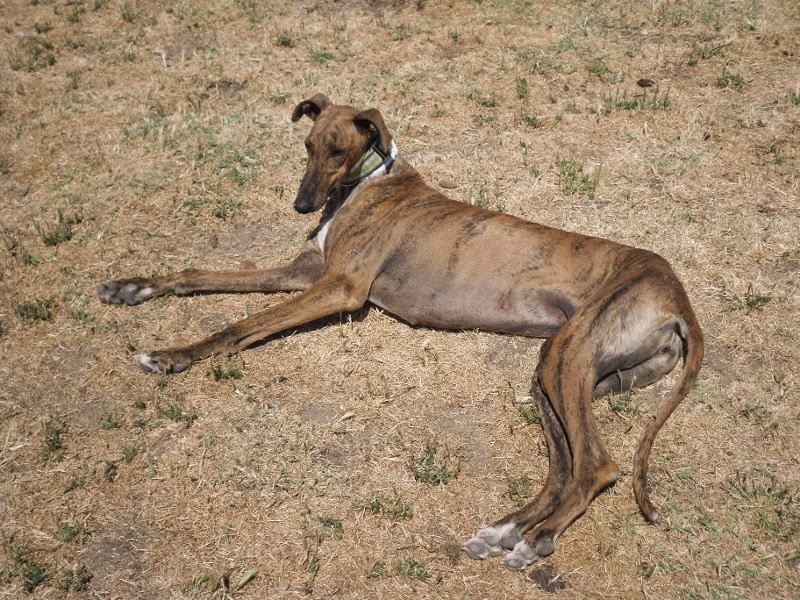 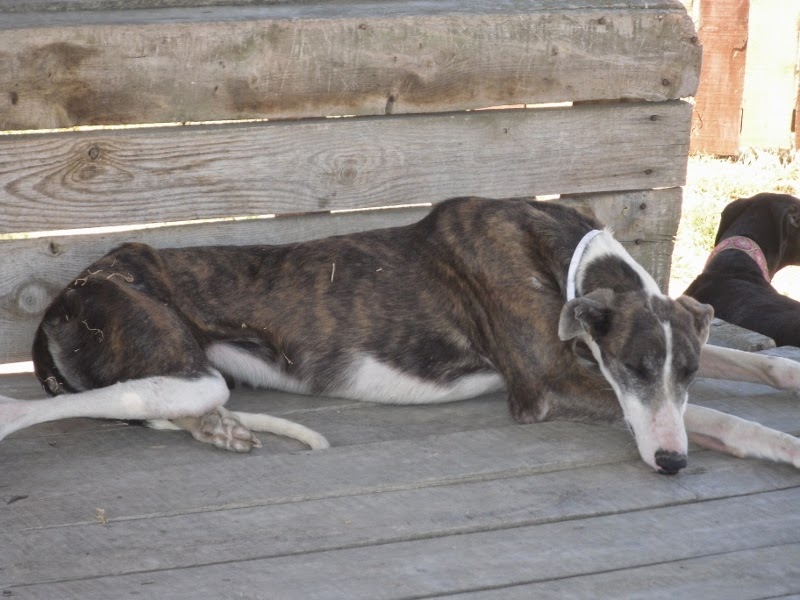 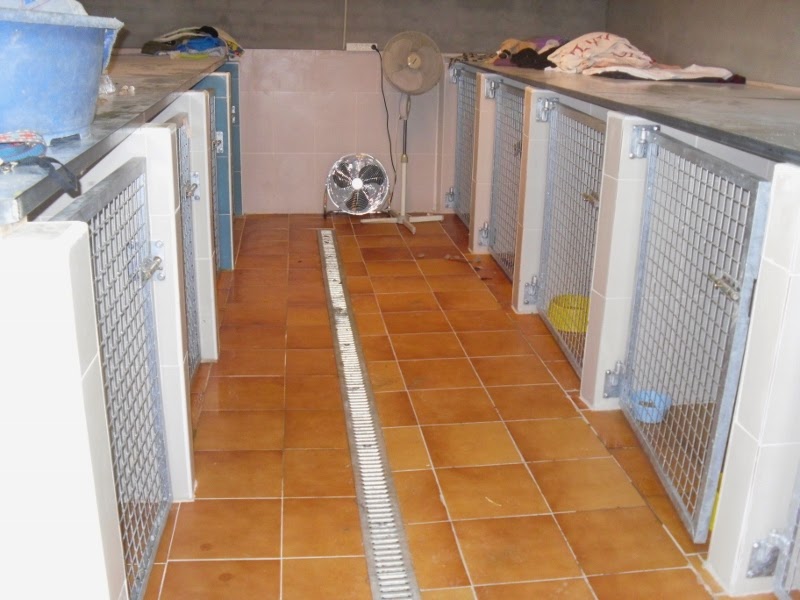 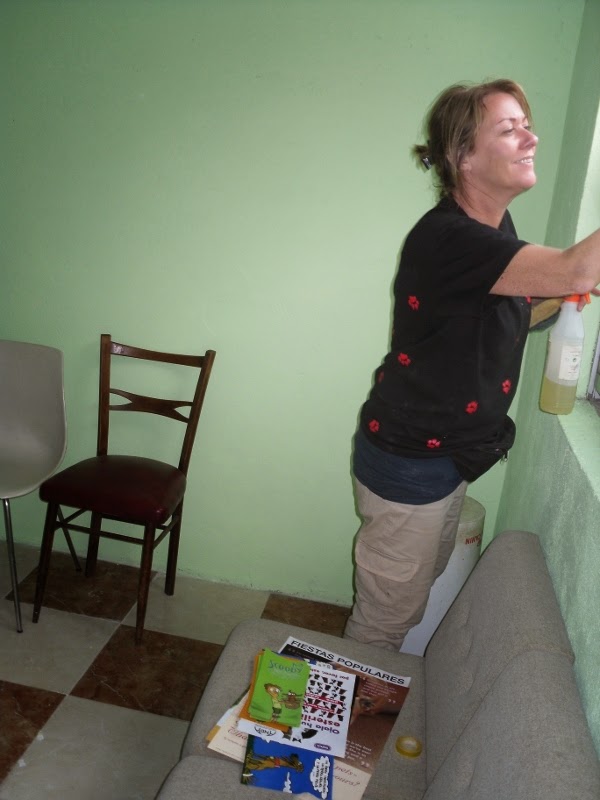 Today is the day


Today I can explain the whole history, here we go.  Last Mai I went on holidays to Murcia and somebody that  I knew trough Facebook , Ger Canals, she asked me for help in a hidden case of mistreatment of animals , that they were investigating, so by causality I asked her where it was and it was in a village close to Murcia , where I was on holidays, the village is Bullas, so I asked her to meet  and to go to see the situation, while we were driving she told me that the man was already found guilty of mistreating animals two years before and he was forbidden to keep animals for three years, something that for sure he  was contravening , so we went there to see the animals and we could see, dogs, mainly podencos, horses sheep and goats very skinny with dirty water and only chips for eating, yes only chips for all, dogs, horses, sheep and goats.
After that we had a meeting with the lawyer in charge of the case and scooby is part of this court case , we are as complainants and also the judge has made us official depositors of all the animals, that as far as I know we are bringing 7 pregnant mares, 50-60 galgos and podencos, 20 ferrets, and some time after 20 sheep and 20 goats, more or less, so today all our people is in Bullas, a track for horses included , we are bringing the dogs , the horses and the ferrets, and  later for legal reasons we are bringing the sheep and goats, hopefully we will go next week if we can get the transport license for them.
And now I need to ask you for a big effort, we need money , the expenses are going to be huge, getting fat all the animals, we need to build a new and safe place for the ferrets, vaccinating all of them , castrating and sterilizing all these galgos and podencos plus the ferrets, like I told you before we don’t have homes for podencos but I could not leave them behind, by the way it seems that during the previous case the spectacle from some organizations was absolutely deplorable, fitting for the best animals and leaving behind the supposedly ugliest ones, more or less what happened in Alicante when Patricia died.
So we need you again, we need money , homes for dogs, ferrets and maybe sheep, goats and maybe horses, all of them count on you don’t let them down. Kisses , licks and hugs from all of us. Fermín

By the way, while we were inspecting the situation of the animals chocolate appeared, obviously she belonged to that man and she escape jumping the fence,  we caught her and now is going to be adopted in France. 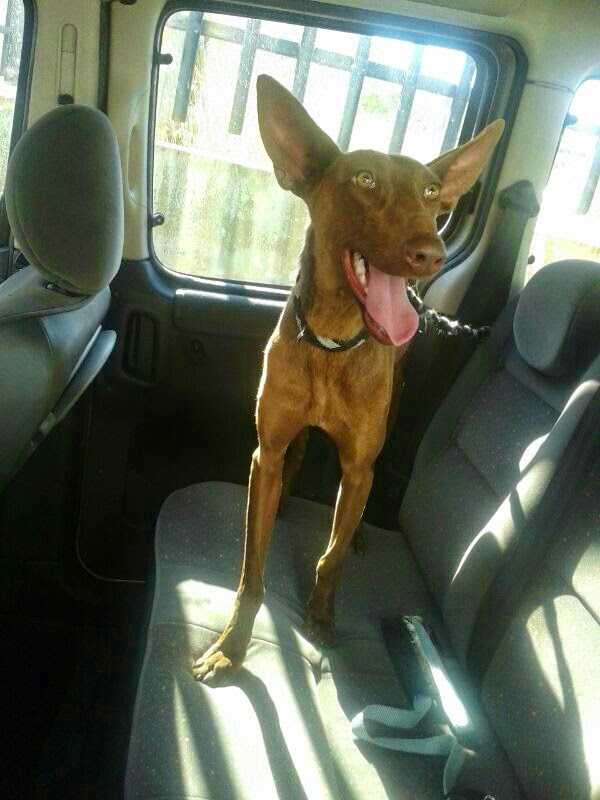